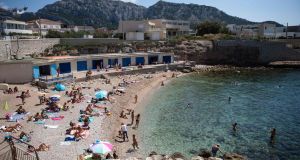 A resurgence in coronavirus cases across Europe is triggering tightened restrictions from Spain to Romania as authorities battle to get the spread of infection under control and warn against complacency.

The disease has rebounded quicker than expected after after strict lockdowns were ended and gatherings and international travel increased in recent weeks, with experts warning the public against a false sense of security.

“Complacency is not an option,” said World Health Organisation emergencies chief Michael Ryan at a news conference where the global health body warned that infections were being driven by people gathering and coming into close contact.

Infections in Spain tripled in three weeks after the country ended its state of emergency, with outbreaks centred on the regions of Aragón and Catalonia, which has shuttered nightclubs and imposed a curfew on bars in a bid to curb the spread.

Infections were also rising in Madrid, the site of one of the world’s worst outbreaks earlier this year, causing the regional government to mandate face masks in public spaces after infections last week rose 250 per cent compared with the week prior.

French health authorities reported 1,392 additional confirmed cases of the novel coronavirus on Wednesday, to make a total of 185,196, the highest daily increase in more than a month.

In a statement, authorities said the number of people in hospital for Covid-19 went down again, pursuing a two-month downward trend.

The country saw an increase in deaths from the virus from an average of seven each day last week to 14 on Tuesday, with local authorities in the Brittany resort of Quiberon reporting a cluster of infections mostly in people aged between 18 and 25.

“We are not facing a second wave, the epidemic is continuing . . . Some people do not respect the rules. We must not let down our guard,” said health minister Olivier Veran.

“The war is not over . . . People must understand that we are going to live with this virus for a fairly long time.”

In Belgium, the number of people being admitted to hospital with the disease almost doubled compared to a week earlier, health authorities said on Wednesday, with an average of 328 infections diagnosed a day, which is 70 per cent higher than the prior week.

“The current situation is worrying,” Boudewijn Catry of the National Crisis Center told reporters. “Limit your contacts. The number of infections must be brought down as soon as possible.”

To combat an outbreak, the city of Antwerp has imposed a curfew from 11.30pm to 6am, mandated most work to be done from home, limited team and contact sports and increased controls in restaurants and bars while requiring face masks to be worn in all public spaces.

Prime minister Sophie Wilmès said that people infected with the virus appeared to be more contagious than when the country went into lockdown in mid-March.

“We are acting again today to keep the situation under control and to prevent a general lockdown,” Ms Wilmès said.

In the Netherlands, the number of detected weekly infections doubled since the start of July, with the largest group of patients aged in their 20s, according to figures from the public health authority.

Some 28 infections were linked to a single pub in the town of Hillegom, which had announced on Facebook in June that it would not require customers to observe social distancing rules as it would spoil the atmosphere.

Germany announced it would require travellers arriving at airports to take mandatory coronavirus tests if they have been in one of the 130 countries it currently deems high-risk, after its number of new daily cases hit a two-month high of 815 on Friday.

“We have to stop returnees from unwittingly infecting others and sparking new chains of infection,” said health minister Jens Spahn.

Public health authorities are also setting up voluntary test centres at border road crossings and at the main railway stations of Munich and Nuremburg.

Meanwhile, there was a surge in cases in eastern Europe including in Romania and Bulgaria, where 23 out of 42 people who attended a school prom in the town of Veliko Tarnovo at the end of June tested positive for the virus. Austria, Italy and Greece increased travel restrictions from the two states in response.

The rising infections dashed the hopes of some that Covid-19 would behave like other viruses which slow down in transmission during the summer season, buying time to prepare for an autumn second wave.

“People are still thinking about seasons. What we all need to get our heads around is this is a new virus and . . . this one is behaving differently,” said WHO spokeswoman Dr Margaret Harris.

“This virus likes all weather,” she added. “It’s going to be one big wave.”

Spain: The capital Madrid, the Basque country, and the regions of La Rioja, Aragón, Navarra, and Catalonia have seen a rise in infections, leading local authorities to tighten rules and Britain, Germany, and France to increase travel restrictions to Spain.

Belgium: A doubling in the number of people admitted to hospital per day has authorities on high alert, while the city of Antwerp has imposed a curfew and increased face mask rules to curb an outbreak.

Netherlands: Infections are rising particularly among people aged in their 20s, with 28 infections linked to a single pub in the town of Hillegom.

Germany: Incoming travellers from high-risk spots will be subject to compulsory coronavirus tests after new cases hit a high of 815 on Friday.

France: Authorities warn of a resurgence of coronavirus cases particularly in the Paris region, with a large amount of infections among young people who have shrugged off concerns to socialise and travel. Additional reporting: Reuters