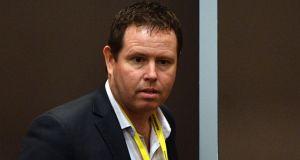 On October 8th, 1993, British prime minister John Major delivered a speech on morality to the Conservative Party conference. He said it was “time to get back to basics, to self-discipline and respect for the law, to consideration for others, to accepting a responsibility for yourself and your family”.

His speech had an immediate impact and it became known as the “back to basics” policy. But Major’s timing was unfortunate. The Tories were beset with scandals – some financial, but mostly sexual – over the next three years. As the wife of one exposed Conservative philanderer said, “that’s back to basics gone to buggery”.

A quarter century on, the Tories’ ideological cousin on the other side of the world – Australia’s Liberal-National coalition government – is in the midst of its own back to basics moralising, with equally schadenfreude-friendly results.

At the start of 2018, when Barnaby Joyce was still leader of the National Party, he was revealed to be having an affair with a staff member, who was pregnant. Malcolm Turnbull, who was still prime minister then, announced a ban on government ministers having sex with staff. The stable door was bolted long after the horse had left.

Andrew Broad was then a Nationals backbencher known only, if at all, for his contribution to the same-sex marriage debate: “I can put the rams in a paddock and they might mount one another, but no lambs will come out.”

Broad broadened his philosophical musings to heterosexual relationships, quoting the late American evangelist Billy Graham to say of Joyce: “When wealth is lost, nothing is lost; when health is lost, something is lost, when character is lost, everything is lost . . . Telling words for the leadership of the National Party.”

His intervention still didn’t make Broad a household name, but he was made a minister in the reshuffle after Turnbull was deposed and Scott Morrison became prime minister in August.

Everybody knows who Broad is now, though, after revelations in New Idea magazine (a publication known more for celebrity gossip than investigative journalism) about his use of a “sugar baby” website and the salacious messages he allegedly sent to “blonde beauty Amy”, who is almost 20 years younger than him. Broad, who is married, resigned as assistant minister to the deputy prime minister on December 17th and said he would not stand for re-election next May.

In another message, Broad allegedly said: “I’m a country guy, so I know how to fly a plane, ride a horse, f**k my woman. My intentions are completely dishonourable.”

In Hong Kong, Keating says, Broad referred to himself as James Bond during their date but then complained about the prices at the restaurant they were dining in. Whether he ordered a martini “shaken, not stirred” is not known.

In the Senate, Greens leader Richard Di Natale called Nationals Senator Barry O’Sullivan a “pig” using “sexist filth” for saying the Greens’ Sarah Hanson-Young “had a bit of [former senator] Nick Xenophon in her” during a debate in November.

O’Sullivan withdrew his comment and was allowed to remain in the chamber, but Di Natale refused to withdraw and was suspended from parliament. Hanson-Young said O’Sullivan had tried to “slut-shame” her.

Later in November, the industrial relations minister Kelly O’Dwyer told colleagues at a private meeting, the details of which were leaked, that the Liberals are widely regarded as “homophobic, anti-women, climate-change deniers”. In parliament the next day, O’Dwyer said, with a straight face, “This government is the natural government for Australian women. We represent their hopes and aspirations.”

Opposition Labor MPs erupted with laughter when O’Dwyer made the claim. Julia Banks did not look up from her seat on the crossbenches. She had just resigned from the Liberals after speaking out about sexist bullying and “a culture of appalling behaviour”.

Having lost Banks, there are now just 12 women out of 74 on the government side. On the opposition benches, 28 out of 69 Labor MPs are women. In the upper house, more than half of the Labor senators are women.

For the Liberal-National government, the year is ending just as it begun - trouble with a staff member at the centre of it. A Nationals adviser is on “indefinite leave” after sending a text to journalist calling her a “feminist c**t” and “bitch” and wishing her family dies “of painful cancer”.