State agency not challenged by ‘gullible politicians’ board member states 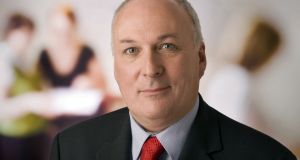 The State child and family agency has been criticised as “arrogant” and lacking in credibility, by a member of Scouting Ireland’s board, heightening tensions between the agency and the youth organisation.

Dermot Lacey, also a Donnybrook-based Labour Party councillor, said Tusla had “no credibility”, in a series of posts on Twitter late on Friday night.

“As a public rep dealt with many State bodies . . . none deserve less respect”, Mr Lacey tweeted. “Trouble is their arrogance is accepted by mainstream media,” he said.

Mr Lacey described Tusla as “the most arrogant (and that’s saying something) State body”, which he said it was “allowed to get away with by a lazy media and gullible politicians”.

Scouting Ireland are in the midst of a controversy over safeguarding standards in the organisation, after current practices were sharply criticised by Tusla.

The State agency raised a series of concerns in a letter sent to Scouting Ireland chief executive Dr John Lawlor on February 18th.

The letter detailed concerns the agency had with current supervision standards in the youth organisation, and criticised the handling of several recent cases of alleged youth-on-youth sexual assault.

Just dealing tonight with outcome of useless and damaging TUSLA intervention and then reflecting on their righteousness. As a Public Rep dealt with many State bodies...none deserve less respect.

Minister for Children Katherine Zappone read the contents of the letter into the Dáil record last month, citing a desire that parents be made aware of the “serious concerns” it raised.

Officials from both Scouting Ireland and Tusla appeared before the Oireachtas committee on children and youth affairs on Wednesday, to answer questions on the matter.

Tusla officials told the committee the youth organisation was not in compliance with required child safeguarding standards, brought in under new Children First legislation.

In recent media appearances, both Mr Tennant and Scouting Ireland interim safeguarding manager Ian Elliott had stressed the youth organisation was not in conflict with Tusla.

Mr Lacey was elected onto Scouting Ireland’s new board of directors last October, following the entire previous board stepping down at the request of Ms Zappone, due to governance concerns.

In the Twitter exchange on Friday night, Mr Lacey said he saw “no reason to disagree,” with a suggestion no one “on earth believes Tusla anymore.”

Mr Lacey received criticism for the series of tweets from ordinary members of Scouting Ireland on social media.

Responding Mr Lacey said, “I will continue to speak where I believe I should, and will challenge any and all State bodies that I believe should be challenged.”

In a statement to The Irish Times, Mr Lacey said his criticism of Tusla “did not relate at all to dealings with Scouting Ireland.”

“They were entirely about my dealings with them through my involvement in fostering,” he said. Mr Lacey is a foster parent, and also chairman of the south Dublin and Wicklow branch of the Irish Foster Care Association.