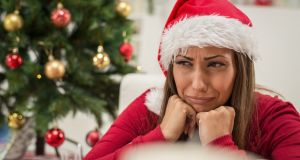 Despite the great religious, cultural and economic significance of Christmas, relatively little research has been carried out into its effects on our psychological wellbeing. One interesting study – What Makes for a Merry Christmas? – was reported in 2002 by Tim Kasser and Kennon Sheldon in the Journal of Happiness Studies. In summary, the study showed that family and spiritual activities at Christmas make people more satisfied, while the materialistic aspects of Christmas (spending money and receiving gifts) undermines wellbeing.

Christmas dominates the month of December. For Christians, Christmas is a celebration of the birth of Jesus Christ. Christmas also involves several well-established traditions such as getting together with family, feasting, giving gifts, decorating the Christmas tree, singing carols and more. In modern times the materialistic elements of Christmas have come to dominate the holiday for many people, and Santa Claus looms larger than Jesus Christ. Christmas is huge commercially: about a sixth of all retail sales are related to the festival.

Kasser and Sheldon surveyed 117 adults, aged 18-80, just after Christmas 2001. About three-quarters of the subjects reported that they had a satisfactory Christmas holiday. Only 10 per cent had a very bad Christmas holiday. Almost half the subjects (44 per cent) said that, despite being satisfied, they had a stressful Christmas. In general, males were much happier and less stressed than females during Christmas, and older people reported greater Christmas happiness than younger people. The authors interpret the females’ Christmas experience in terms of women generally being more willing than men to report negative experiences, and the older people’s response as being due to their greater participation in the religious aspects of Christmas.

Giving gifts is a very important part of Christmas but economists find the practice deeply puzzling, because it seems to them to be highly irrational. Economists reckon that giving cash would take care of the recipient of the gift better than that tie he doesn’t like or that soon-to-be discarded woolly hat. The economists would have us all unwrapping cheques on Christmas morning.

However, gifts are really about showing your regard for the recipient, and almost everybody prefers a gift that took time and effort to source than a gift that cost a lot. If money exchange became the norm in gift-giving, interpersonal relationships would deteriorate because pretty soon we would not be appreciated for ourselves at all but for the size of our wallets.

Christmas can be stressful and psychologically tense, even in well-adjusted families. Not only have people to contend with shopping in overcrowded shops and catering for visits from extended family, for example, but family reunions can trigger a range of deep emotions such as jealousy, resentment, competitiveness and sibling rivalry. Instead of feeling relaxed and joyful we may feel stressed and exhausted.

Here are three tips on how to cope with family-related stress: (a) find ways to shorten or eliminate the family experiences that lower your mood; (b) don’t spend endless hours watching TV – do things together as a family; (c) drink alcohol in moderation. Things are often said when alcohol loosens tongues that are regretted later.

It is commonly believed that suicides peak during the Christmas season because of the increased stress of loneliness, family dysfunction and the increased depression felt during the dark winter months. However, there is no shortage of research to contradict this. For example, an article in the Christmas 2008 issue of the British Medical Journal, by Rachel Vreeman and Aaron Carroll, concluded that suicide does not peak in the cold winter months but, in different places, peaks during summer, autumn or spring.

And now, a little joke. It was Christmas and the judge was feeling merry as he asked the prisoner, “What are you charged with?”

“That’s not an offence” said the judge, “How early were you doing this shopping?”

“Before the store opened,” replied the prisoner.

Have a happy and peaceful Christmas.