Number of women needing cervical screening retest revised from 6,000 to 4,600 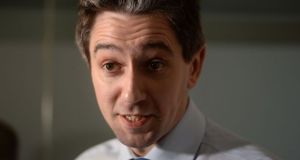 The number of women who need a cervical cancer screening re-test because of the delay in checking for HPV (human papillomavirus) has been revised downwards.

Minister for Health Simon Harris told the Dáil that some 4,600 women would need to be tested again, rather than 6,000 as was originally believed.

Mr Harris also rejected as false, claims by Fianna Fáil leader Micheál Martin last week that the Minister had offered repeat smear tests to women against official advice, in the wake of the cervical cancer controversy.

Mr Harris said he worked “hand in glove” with officials and the decision was made in conjunction with them “including the chief medical officer and indeed was supported by opposition politicians” because women wanted that reassurance.

Fianna Fáil TD Lisa Chambers questioned whether the reassurance Mr Harris was advised to offer included “repeat smear tests free to every woman in the country who wanted one”.

Ms Chambers said she had been informed that the Minister had been advised that the free tests would “put additional stress on the system” which did not have the capacity and that Mr Harris had been told “month-on-month to end those free smear tests” as the backlog built.

Twenty-two weeks was the average waiting time but it was “beyond six months for some women”.

Mr Harris asked her to say who it was who told her or her party leader that he had been advised to end the smear re-testing.

He stressed that “I worked hand in glove with the officials in my department including the chief medical officer, at a very intense time”.

He said that almost 350,000 tests were sent to laboratories contracted by the cancer screening programme CervicalCheck last year and about 82,000 of these were still being processed.

Repeat testing was required in 550 cases some 0.25 per cent of the samples and these women were being recalled through their GPs.

Separately,one of the contracted companies examining the smear tests – Quest Laboratories – reported that a number of tests for HPV were conducted outside the 30 day recommended timeframe. The time was counted from when the tests arrived at the laboratory rather than when the test was taken.

Mr Harris said that the “vast majority” of the 4,600 women caught up in this had been contacted and were being recalled on a precautionary basis for re-test, although he said the clinical risk was “exceedingly low”.

Mr Harris told Sinn Féin health spokeswoman Louise O’Reilly that he accepted the re-testing caused a backlog but it was not one that could be fixed merely by additional resources. There was a shortage of facilities to do the testing.

Labour health spokesman Alan Kelly said women had to wait up to 24 weeks for results and he called on Mr Harris to guarantee that women’s health was not put at risk because of the lack of capacity to distinguish between the women going for checks every six months because of significant change or for their normal test every three years.

The Minister said the HSE had advised him that cervical cancer would normally develop over 10 to 15 years. “Medically and clinically”, while the waiting time for results was “absolutely undesirable and regrettable, it poses a very low clinical risk to women,” he said.