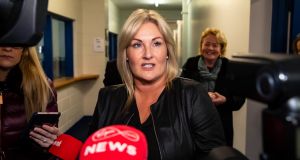 To be clear, there were only four byelections on at the weekend, but some people became confused as the Government was all over the place.

On Saturday afternoon, when the final tallies were in and the destination of seats was fairly certain, the two men vying to lead the nation after next year’s general election faced the cameras in different parts of the country.

In Dublin Mid-West, Taoiseach Leo Varadkar fielded more questions about his controversial candidate in Wexford. He also had to defend his absentee TD Dara Murphy, who has cheesed off a large portion of the voting population by legitimately collecting all Dáil allowances available to him under the elastic rules devised by politicians for politicians, while mainly working overseas for a Fine-Gael-affiliated political organisation.

About the same time Leo was trying to put some gloss on his party’s across-the-board losses while also defending the actions of a (barely) sitting TD and one of his candidates, Micheál Martin was at the count in Cork North-Central, wreathed in smiles and posing for photographs with an adorable golden retriever puppy.

He was wearing a cute little red top. (The puppy, not Micheál.)

With two wins, it wasn’t a bad day for the Fianna Fáil leader.

But Sinn Féin and the Green Party had most to celebrate – Mark Ward enjoyed a resounding victory for Sinn Féin in Dublin Mid-West and Joe O’Brien recorded the Greens’ first-ever byelection win.

But all eyes were on Wexford. In the constituency which grabbed most attention during the campaign, the result was keenly awaited for a reason which was about more than mere Dáil numbers.

This was down to Fine Gael’s Verona Murphy and her controversial remarks on subjects including terrorist toddlers and the possible need to have asylum seekers “deprogrammed”.

The Minister for Justice then frogmarched her to a conveniently available direct provision centre, where a personally tailored deprogramming session was directly provided. Profuse apologies ensued; Fine Gael slapped a media silence on the candidate and she continued her vigorous campaign locally while the Taoiseach and his Ministers sent out tepid signals of watery support.

Then, two days before the vote, Verona struck again with a punchy video bemoaning her “character assassination in the media”.

At times during the campaign, it seemed like Fine Gael was still trying to work out whether it wanted to stick with Verona or quietly end the relationship. It seemed that way on the day of the count too.

Nobody expected the Taoiseach to arrive in Wexford for a contest his candidate looked likely to lose in questionable circumstances. But there was a distinct lack of heavyweight support for Verona in St Joseph’s Community Centre during the day.

By teatime, with the result still a couple of hours away and the important bragging rights for second place still up in the air between Fine Gael and Labour, the last Fine Gael national politician present left the hall – Minister of State for Defence and local TD Paul Kehoe had to rush off to Enniscorthy for a funeral.

Charlie Flanagan, the Minister for Justice and director of elections for the byelection, also had to leave for a funeral. He was gone before teatime. There were sightings earlier in the day of the other local Fine Gael TD, Michael D’Arcy.

In contrast, there was a big Labour and Fianna Fáil presence all day.

Flanagan stood by his candidate, even as the Taoiseach and his Minister for Finance were subtly qualifying whether she will remain on the general election ticket. After the first count was announced, Charlie and Verona briefly spoke to the media and both were adamant she will be running next year.

It was way too late in the day, but the candidate was clipped and guarded when she spoke.

But back in Dublin, Leo and Paschal were also doing interviews. While not yet throwing her under the proverbial bus, they appeared to be gently stretching their arms forward in readiness to perform such a manoeuvre.

However, later in the evening, when the result was in, fighting words from the platform from Verona indicated that she won’t be a pushover.

Labour leader and Wexford TD Brendan Howlin was at the count all day “from the start when there was very little to say because absolutely nothing was happening”. While he knew that George Lawlor would probably fall short of taking the seat, he was rooting for him to overtake the Fine Gael candidate and steal into second place.

All day, he was scrutinising ballot papers. “It’s an addiction,” Howlin admitted. As the counts progressed, he began to believe the runner-up spot was possible. He looked exhausted, with his sheet of neatly written figures, the eyes hanging out of his head. “1,426 is the gap between George and Verona – but on the Greens transfer he got 1,249 and Verona got 402, he’s narrowed the gap.”

Edge of your seat

Down at the barrier, Fianna Fáil’s director of elections in Wexford Barry Cowen patiently waited for Malcolm Byrne to win the seat. Someone showed him tweet from Leo Varadkar. The Taoiseach was putting a very good gloss on his party’s performance.

Barry whipped out his phone and tapped a reply. “Ah here.”

Malcolm, a veteran of elections – on his third of this year – went off to have something to eat.

By 6.30pm, Brendan Howlin reappeared in the press room, absolutely buzzing. “They’re saying we’re neck and neck. I think we can edge ahead. As of this minute I think we are around 70 or so in front.”

He ran downstairs again, only to reappear with more news. “A net reduction of the margin. He needs to make 579 on the Sinn Féin transfer; my estimate is he made 650. Just wanted to let you all know.”

And he was off again.

By 7.30pm Malcolm Byrne arrived back, having had to abandon his pizza

A lot of people thought Verona Murphy had left. But she hadn’t. When her elimination was announced, there was a huge cheer from the Labour count. “This result was sweeter that most. A good outcome for Labour and a good outcome for Irish politics,” said Brendan Howlin, delighted his man came second.

Verona gave him a hug when they passed each other. “Thanks, Brendan. Best of luck. You never know what will happen now,” she said, meaning the final count and the distribution of her surplus, we presumed, as opposed to her own prospects within Fine Gael.

Journalists crowded around her. Supporters became irritated. “Enough grave dancing . . . you should have enough coverage now.”

Verona took refuge in the room reserved for the tally teams. “She’s being deprogrammed,” laughed a Fianna Fáil activist. “The thing is, Verona is very good on her specialist subject. But outside of 16 wheels, she’s not great.”

Just before 7.30pm, Malcolm Byrne arrived back, having had to abandon his pizza. The Fianna Fáilers cheered. Verona Murphy and her small but loyal group of supporters took up position at the barrier opposite. You could hear Brendan Howlin giggling at the far end of the hall.

Malcolm’s parents looked on, tears in their eyes. His Uncle Joe said he was very proud of his nephew. “You know, when Myles and Mary asked him what he wanted to do when he was grown up, he told them: ‘I want to go to the Dáil.’ He was only eight years of age at the time.”

When the final result was finally announced, the new TD for Wexford went to the platform and made a speech. No bother to him, he’s a seasoned politician.

“Racism and the language of hate and division has no place in Wexford politics. Wexford is better than that. Ireland is better than that,” he declared, to cheers and applause. At that very moment, Verona Murphy walked through the barrier at the top of the hall and to the platform.

The Labour man, George Lawlor, who is mayor of Wexford, spoke next. And then, the woman in the eye of the storm. She kept her comments brief, thanking Fine Gael for all its support and vowing to hit the ground running on Monday with her general election campaign.

One way or the other, she is determined to fight that election.

Malcolm posed for a photo with his Fianna Fáil team. A line of 11 men in suits. It was a reminder that, after these byelections, Dáil Éireann is two women down.

And Barry Cowen, having spent days in Wexford on the campaign, saw the way Murphy’s transfers were going. Not long now. “That’s the job done. Now let’s get the f*** out of here.”