Fifty cases of suspected insurance fraud reported so far in 2019 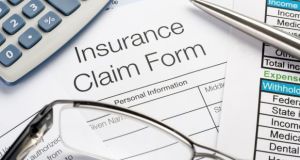 Mr D’arcy said he doesn’t hold insurance companies in ‘high regard’ and had made ‘pretty strong statements’ about them. Photograph: iStock

Fifty cases of suspected insurance fraud have been reported to the gardaí in the past eight months, the Minister of State at the Department of Finance and Public Expenditure Michael D’arcy has said.

Mr D’arcy said of the 50 cases referred to the Garda National Economic Crime Bureau since October, 25 of these related specifically to “staged accidents”.

The Wexford TD was responding to Fianna Fáil TD Michael McGrath at the Joint Oireachtas Committee on Finance, Public Expenditure and Reform on Thursday.

Mr McGrath said it is “very frustrating” trying to get data on the number of prosecutions and convictions secured against bogus claimants and asked the junior minister to “engage with the Courts Service” to get the relevant information.

Mr D’arcy was updating the committee on the work of the Cost of Insurance working group. He said he is “very conscious” of the difficulties that the cost and availability of insurance are having on businesses and voluntary groups across the country.

“The Cost of Insurance Working Group has made it clear from the outset that there is no single policy or legislative “silver bullet” to immediately stem or reverse premium price rises and that some of the necessary reforms will take time to implement,” he said.

Mr D’arcy said he hopes the Judicial Council Bill will complete its passage through the Dáil before the summer recess. He said the Personal Injuries Guideline Committee, which will be tasked with redrawing guidelines for the levels of payout of various types of personal injury, may be in place by the end of the year.

Mr D’arcy said he doesn’t hold insurance companies in “high regard” and had made “pretty strong statements” about them.

Sinn Féin TD Pearse Doherty said he doesn’t trust the insurance industry and accused companies of “price-gouging”. The Donegal TD also referenced reports that profits at insurance companies had risen by 1,300 per cent in 2017.

A survey from the Alliance for Insurance Reform found that insurance costs for 494 of its members have risen by 204 per cent in the past five years.

Their figures show that insurance accounts for 10 per cent of charities’ costs while almost half of 49 respondents said rising insurance costs are threatening their future.

“Even if the long-awaited Judicial Council Bill, intended to address sky-high damages for minor injuries among other things, is enacted as scheduled by the third week in July, we are still looking at no reform of the Book of Quantum before Christmas,” he said.