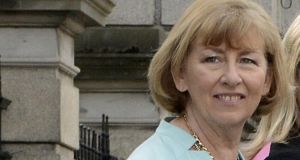 Fine Gael Senator Cáei Keane, an experienced electoral campaigner, will no doubt be looking beyond the byelection to the next general election

The battle of the left looms in the Dublin South West byelection. Sinn Féin will go head to head with former Socialist Party MEP Paul Murphy, who will be the Anti-Austerity Alliance candidate.

Murphy, who replaced TD Joe Higgins in the European Parliament and lost his seat in the May elections, will be highlighting, among other issues, the water charges. So will Sinn Féin, which, like the Green Party, has yet to choose a candidate.

Murphy has joined Fianna Fáil’s John Lahart, Fine Gael Senator Cáit Keane and Labour’s Pamela Kearns in the line-up of candidates to date for a poll that is expected in late September or early October.

Although a selection convention scheduled for July was postponed, it appears virtually certain that the Sinn Féin candidate will be Máire Devine, who topped the poll with 2,874 votes in Tallaght Central in May’s local elections.

It seemed as if Devine’s path to the nomination was cleared when, in a party press statement issued in advance of the postponed convention, Cathal King, who topped the poll in Tallaght South with 2,449 first preferences, said he was standing aside to promote gender equality. The selection convention is now expected to be held in early September.

The four-seater already has a sitting SF TD, Seán Crowe.

On paper, Kearns should be the favourite, given that the constituency has two sitting Labour TDs, Pat Rabbitte and Eamonn Maloney, and took 36.27 per cent of the vote in the 2011 general election. Those were heady days for the party, though, and, given its decline in the polls since, the challenge for Kearns will be to turn in a respectable performance.

First elected to South Dublin County Council in 2009, she served as deputy mayor in 2011 and was re-elected in May for Templeogue-Terenure as the electoral tide went out for many of her colleagues throughout the country.

Keane, an experienced electoral campaigner, will no doubt be looking beyond the byelection to the next general election and to be in the running to take the seat of former party TD and minister of state, Brian Hayes. It is his election to the European Parliament which has caused the vacancy in the constituency.

Keane served as a councillor from 1991 to 2008 for the now defunct Progressive Democrats before joining Fine Gael and holding her seat in 2009. She polled 3,678 first-preferences in the last general election, having previously contested the 1992 and 1997 general elections and a byelection in Dublin South Central as a PD candidate.

Lahart is no stranger to Leinster House, having worked there as an adviser to former Fianna Fáil minister of state Tom Kitt. A consistently impressive vote-getter as a councillor, he topped the poll in Rathfarnham in the local elections with 1,972 first preferences.

His Rathfarnham base will form part of a redrawn constituency at the next general election. A strong byelection performance would put him in place to challenge for a seat in a constituency where Fianna Fáil lost both its seats the last time.