‘What a way to kick off New Year,’€8.1m Lotto winners say 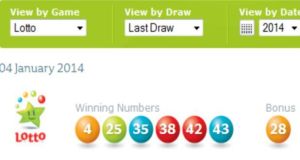 “What a way to kick off the New Year,”, the latest lucky winners of the Lotto jackpot said as they picked up their cheque for €8.1m in National Lottery headquarters today.

The syndicate of two from Dublin wish to remain anonymous and are still considering plans for their winnings, the National Lottery said in a statement.

Celebrating with a glass of champagne, one of the winners said :“We can’t believe our luck” .

The pair won the jackpot in Saturday’s draw after it had been rolling since November 30th. It included an extra €1m top-up added by the National Lottery to celebrate Christmas.

The National Lottery said the winner of the Christmas Millionaire Raffle draw on New Year’s Eve has yet to claim the €1m prize. The ticket was sold in Tesco, Mullingar.

National Lottery figures show that €14.7 million in lottery prize money was left uncollected in 2012 and winning tickets worth € 90 million have gone unclaimed in the last five years.