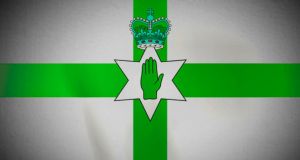 The UK’s decision to leave the EU has coincided with a renewed focus on demographic shifts in Northern Ireland. The rapid increase in the Catholic population and the decline of the Protestant majority has been well catalogued. What is less well known outside the North, however, is the extent to which the two communities still live apart after 20 years of the peace process, and how tension between British and Irish identities remains unresolved.

We explore those issues today and next week in a unique mapping project published in The Irish Times, on irishtimes.com and on Belfast journalism website thedetail.tv. The colour-coded maps, by software engineer and data analyst Dr Mathew Doherty, illustrate how patterns of division have persisted. They use government data from each census held in 1971, 1981, 1991, 2001 and 2011 to show where Protestants (in blue) and Catholics (shown in green) live in Northern Ireland.

There are many reasons why divisions remain, including the fact that public sector housing estates are deeply divided.

British and Irish cultural traditions are also reflected across society. The vast majority of Catholic and Protestant children are taught in separate schools, but while the educational divide is often expressed in solely religious terms, schools can reflect the nationalist or unionist identity of communities they serve.

The data illustrate the degree to which cities and towns remain divided or predominantly populated by one community, and the faultlines in a society still emerging from conflict. Steven McCaffery, Editor, The Detail

Each morning the brightly coloured tourist buses gather in the streets close to Belfast City Hall. The uniformed ticket-sellers comb the pavements for the tourists from the cruise ships and the hotels to sell them a tour of the city.

New Zealanders, Japanese, Norwegians and Texans climb on board, ready to see what National Geographic and the Rough Guide has assured them is one of the most exciting cities on the planet. The buses fan out to the areas where there is a chance to get out and photograph the famous peace walls.

For those expecting a continuous, Trump-like wall what they see is something of a disappointment: there is nothing grand about the interrupted series of fences, corrugated metal and brick structures that stop and start in their zigzag progress through these depressed working-class neighbourhoods.

The really remarkable thing though is that the walls are still here, in this city that describes itself in terms of its cool restaurants, cultural quarters and festivals. Weren’t the Troubles supposed to be over?

Now there’s the possibility of a new barrier, one that would be the largest of all. If, as now seems inevitable, we are heading towards a hard Brexit, then a hard Border will follow.

Theresa May has tried to give a reassurance that it won’t take the form of the Border of old, and judged by what is happening in other EU frontiers that’s almost certainly true: 21st-century borders are controlled through infrared cameras, biometric sensors, drones, radar and blimps.

But a hard Border it will be and Ireland will be more effectively partitioned than at any time in its history. The creation of an exterior barrier will have a knock-on effect on the existing internal walls and, worryingly, it seems like May and her cabinet have no idea about the nature or extent of those divisions.

Explore the interactive map below

In fact, it would be a good idea for them to join one of those tours. They would see that the problem is not just the walls. The neighbourhoods on both sides of those walls are showrooms of ethnic antagonism: painted kerbs, flags, murals of paramilitary heroes, and walls festooned with slogans.

Drive out of Belfast and it’s different. There are still flags on the main roads but there is no longer the same sense of bristling hostility. The view from the tourist’s hire car is of a green and pleasant land. However, that’s simply because the signs are no longer so obvious.

In one area, it’s a river that divides the territory between Catholics and Protestants, in another it’s a stretch of industrial estate, while a market town may have all of one community on its east side and all of the other on the west side. Northern Ireland is still a very deeply divided society.

In those areas where an actual physical barrier has had to be erected, the numbers tell the story. There are now a total of 109 peace walls across Northern Ireland. The Department of Justice owns 51, the Housing Executive 20.

The most contentious are in north Belfast where a patchwork of small orange and green areas are rammed up against each other, and it is here in places like Ardoyne that the divisions prove most combustible in the marching season.

When we look at Northern Ireland as a whole we see a political geography that is just as divided and demarcated. The incoherent and jumbled mix of areas left over from the Ulster Plantation of the early 17th century has left two communities – then known as the planters and the Gaels, now as Protestants and Catholics – frozen in separate but parallel lives. Economic, familial and cultural ties have bound them together over the centuries, but without a common identity to unite them.

There is no time when they stand together to sing the same anthem or salute the same flag.

It would be a mistake to see this spatial segregation as purely the result of individual choices. Social housing, for example, is deeply segregated but these are “stuck” communities with very limited social mobility.

In areas where over 90 per cent of the population share a single religious identity, sectarianism reproduces itself through a loop of cause and consequence.

For children growing up in residentially segregated areas there is a lack of opportunity to have meaningful contact with children of the other religion. Education could provide such an opportunity but the integrated schools movement has lost its momentum, enrolling under 7 per cent of pupils in the current year.

There has been a lack of governmental commitment to either integrated schools or integrated housing. For the two main political blocs, there is an obvious benefit in having their respective electorates corralled in manageable geographical areas where their voting choices are securely anchored. The peace agreement negotiated in 1998 took the two communal identities as fixed and immutable entities and built the political architecture on these two pillars.

Parties in the assembly have to designate themselves as either nationalist or unionist (or, by way of negative designation, as “other”), the assumption being that these two identities will remain the organising categories for politics in the long term.

The history of political events that brought us to this point has been described in countless books, but the underground forces shaping that history can be told much more simply through maps. The first census after partition showed a 2:1 ratio in favour of Protestants.

The 2011 census also showed that, for the first time, Protestants no longer made up the majority of the population

Significantly, the 2011 census also showed that, for the first time, Protestants no longer made up the majority of the population, the new total having fallen to 48 per cent.

An equal balance of populations on the demographic seesaw requires a power-sharing government, but that on its own is not sufficient to guarantee stability. For that, there must also be stability in the surrounding arrangements.

Brexit is now the threat to that stability. Nationalists who have lived close to a border so porous as to be non-existent will find themselves bumping up against a new reality that will separate them from what they think of as their historical and cultural hinterland.

The 2011 census showed that in Derry only 19.8 per cent identified themselves as British and in Newry it was only 16.9 per cent. The implications are inescapable. The morning after the Brexit vote, the leader of the Ulster Unionist Party said that “the constitutional question has been reopened, and we now have people who were content in Northern Ireland thinking again about a united Ireland”. Those internal maps may also have to be redrawn.

Paul Nolan is an independent researcher who has monitored the peace process in Northern Ireland and who writes on the problems of post-conflict societies. The Detail.tv website is supported by the Community Relations Council for Northern Ireland. Explore an interactive map at: www.irishtimes.com/news/politics/separate-lives-the-divided-north