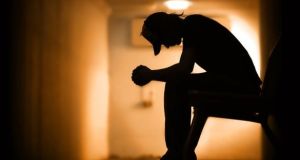 ‘Regrettably, at times, an age-appropriate service is not available’

The continued practice of placing children and minors in adult psychiatric wards, due to shortages of appropriate child and adolescent beds, is unacceptable, the Psychiatric Nurses Association (PNA) have said.

On Friday, a 15-year-old boy was placed in an adult psychiatric ward, as there was no available beds in any of the child and adolescent mental health services (CAMHS) across the country.

The father of the young boy, speaking to The Sunday Independent said his son was “scared out of his mind, and staff told us they won’t be able to get him a bed in child services until at least Tuesday”.

The young boy was admitted to the psychiatric unit due to mental health issues following an incident of bullying at school.

“This instance, which is unfortunately not unique, is totally unacceptable and puts a child in a situation that has minimal therapeutic value,” a spokesman for the PNA said.

Specialist child and adolescent mental health services were “under resourced nationally” and “non-existent in many parts of the country” he said.

Last year, there was 81 cases where children or adolescents were placed in adult psychiatric units, more than a quarter of all CAMHS admissions. In most cases admissions of minors into adult units were patients aged between 16 and 17.

The Health Service Executive (HSE), which does not comment on individual cases, said incidents where children and teenagers were placed in adult units were “not ideal”.

“Regrettably, at times, an age-appropriate service is not available at the time it is needed” the spokeswoman said.

“In circumstances like this, a young person may be admitted to and cared for in an adult facility. This is because it is deemed to be the best place to provide safe and professional care to the person involved,” she said.

When a minor is admitted to an adult mental health facility, where possible they are placed in a private room, separate from adult patients. The patient is also supported by a designated nursing team on a one-to-one basis, the HSE spokeswoman said.

The government’s Vision for Change mental health strategy, published in 2006, outlined 100 CAMHS beds were needed to meet patient demand. More than a decade on from the expert report, there were just 60 beds nationally, according to Department of Health figures from October 2017.

Last May Linn Dara, a child and adolescent facility in Dublin, closed 11 beds on its 22 bed ward, due to staff shortages and difficulty recruiting specialists.