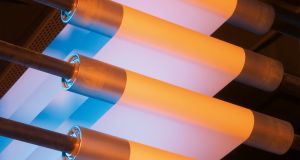 It is thought that most staff who have been given packages have seen them limited to statutory redundancy. Photograph: iStock

Staff at The Times Ireland edition will not be entitled to redundancy pay unless they have worked for the company for more than two years.

Three sources at the paper confirmed that staff who have not met the two-year threshold have been told they will be paid their last pay cheque but no severance.

One source within the company called on management at News International, as well as the company’s executive chairman Rupert Murdoch, to improve the offer. Speaking on the condition of anonymity, the source said that Mr Murdoch “has a tradition of investing in journalism. It reflects badly for the team in London to be treating Irish journalists in such derisory terms.”

Staff members who spoke to The Irish Times said that there is considerable anger and disappointment over the terms of severance being offered. It is thought that most staff who have been given packages have seen them limited to statutory redundancy, which is two weeks’ pay for every year of service and one further week’s pay.

Séamus Dooley, Irish secretary of the National Union of Journalists, described the terms being offered to the journalists at the title as “miserly”. “The company is offering the minimum statutory redundancy. That is contemptuous. In the context of the huge work done by the journalists, it is miserly in the extreme.

“We expect the company to pay above statutory to all workers, and for all workers to get the same treatment,” he said. Mr Dooley added that he was liaising with NUJ colleagues in the UK to see what pressure could be brought to bear on News International there.

“We are proposing a return to selling the international edition in print but no final decisions have been made and the Sunday Times in Ireland is unaffected,” publisher News Corp UK & Ireland said.

Richard Grogan, founder of employment law specialists Richard Grogan and Associates, said that someone must have worked for 104 weeks to be eligible for statutory redundancy. However, he said it was common – especially for larger organisations – for cases to be taken to the Labour Court to determine the appropriate level of redundancy to be offered, and whether it should be offered to those who had been working for an organisation for less than 104 weeks.

“In larger organisations it’s quite usual that the Labour Court will recommend figures in excess of statutory redundancy, and deal with situations where people have less than two years’ service,” he said. “A group of workers can take the case, there’s no difficulty. They are quite regularly taken.”

There is also dissatisfaction among journalists in the title over how periods of employment are being recognised. Several sources said that a journalist will only have the period for which they were a staff writer recognised for severance pay purposes, even if they wrote exclusively for the title for much longer.