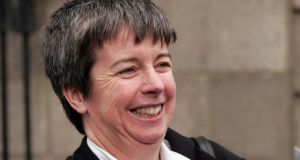 It’s a road Louise O’Keeffe could scarcely have imagined she would end up travelling when she set off as a five year old to Dunderrow National School in west Cork. But decades later she is still fighting for justice for the victims of child sexual abuse.

Abused in the early 1970s by school principal Leo Hickey, she was one of 21 women who saw their abuser jailed in 1998 for three years. That was only the first chapter in her remarkable story of seeking justice, not just for herself but for others.

O’Keeffe sued the Department of Education over the abuse she had suffered. After the High Court and the Supreme Court ruled the State was not liable because Hickey was employed by the school’s board of management, she took her case to Europe.

The European Court of Human Rights ruled last January that Ireland had failed to protect her from sex abuse in school. She was finally vindicated; however, she did not stop there, championing the cause of others in a similar situation.

Accusing the State of seeking to intimidate others into dropping their cases after the High Court and Supreme Court rulings in her case, she sought a meeting with Taoiseach Enda Kenny so these other victims could also get justice, and so that protection for children in schools is enshrined in law.

“I think Louise O’Keeffe is an extraordinarily courageous woman. She has spent the last 16 years taking her case through the High Court, the Supreme Court and the European Court and meeting her was a revelation,” said an impressed Kenny after their meeting.

“When a person has been through what Louise O’Keeffe has been through, she can offer genuinely good advice to a Government attempting to put in place comprehensive legislation to deal with all of these things.”