Former GAA chief dies while on holidays in Spain 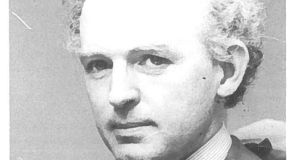 A former national president of GAA Handball has died while on holidays with his wife in Spain.

Michael Boyce (79), from Scarriff, Co Clare, was holidaying in Torremolinos on the Costa Del Sol when he suffered a fall a week ago.

After an evening meal, Mr Boyce had ascended a flight of steps to check Mass times at a local church.

On his way back down, Mr Boyce stumbled and struck his head.

He was taken to hospital, but passed away on Thursday evening without having regained consciousness.

Mr Boyce served as Irish Handball President from 1975 to 1978. He was the first Clare man to be elected to the position.

He also held positions on Clare County Board and Munster Council, before being elected to the office of national president.

During his time in office, Mr Boyce was responsible for the introduction of the Open Draw in the Senior 60 x 30 Softball Championship.

He was also the driving force behind the roofing of the 60 x 30 court and the construction of the 40 x 20 court in Tuamgraney.

“He was always very straight, whether it was in his work or in handball. He was a man of tremendous integrity.”

“When I became handball president, I would always run ideas past Michael. What he gave to handball was unreal.

“He gave so much of his time to the development of handball, not just in Clare,” Mr Jones said.

GAA Handball said on their website: “It is with deep sadness and regret that GAA Handball inform you of the passing of Michael Boyce of Tuamgraney and Clare.”