‘The Bible: The Complete Word of God’ will go ahead for two performances only 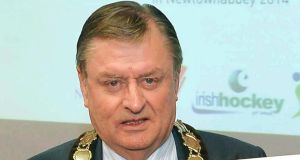 A ban on a play which was claimed to be blasphemous has been lifted by a council in Northern Ireland.

Members of the artistic board at Newtownabbey, Co Antrim, last night reversed an earlier vote and decided to put back on the Reduced Shakespeare Company’s production entitled The Bible: The Complete Word of God. It was due to be staged on Wednesday and Thursday at Theatre at the Mill which is run by Newtownabbey Borough Council.

The artistic board voted last week to ban the play when some unionist members, including the mayor Fraser Agnew, claimed it mocked Christianity. Councillors who supported the staging claimed the decision to ban made them look like a laughing stock and there were bitter exchanges at a meeting last night when the council agreed for the production to go ahead as scheduled.