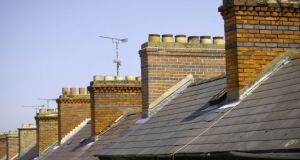 The Government has been told it must not return to pre-Covid homelessness strategies, as latest figures indicated another drop in the level of people being forced to rely on emergency accommodation.

According to the department, there were 173 fewer adults, 286 fewer dependants and 122 fewer families in emergency accommodation in May.

However, while Dublin Simon Community chief executive Sam McGuinness welcomed the decline, he urged the next government to tackled “underlying issues driving the homelessness crisis”.

He said there can be “no going back” to the use of emergency accommodation, hotels to shelter families, “indiscriminate evictions”, shortages of one-bedroom accommodation and “transitional housing and short-term leases”.

“We need to see a creative and proactive approach from the next Government that will turn the housing crisis around and make homelessness an exception rather than the norm. Otherwise the coming economic storm will deliver a crisis of unimaginable proportions on our streets and create a generation of interrupted lives,” Mr McGuinness said.

“This is evidence that the ban on evictions works,” he said, adding the measure had “single-handedly turned the tide of family homelessness”.

Mr O Broin called for the current ban on evictions to be further extended.

Daragh O’Brien, the Fianna Fáil housing spokesman who is tipped to become the next housing minister if the programme for government is approved this weekend, said he was “pleased” by the reduction, but the overall levels of homelessness showed the “scale of the task of a new government and indeed the urgent need for such a government to be formed”.

“It is clear that the moratorium on rent increases and evictions has played a key role in this reduction as the level of people presenting as homeless over the past few months is down on previous years. This clearly demonstrates to an incoming Government the need to invest and prioritise prevention measures,” he said.