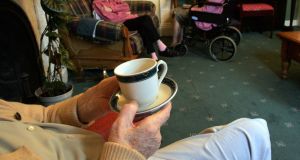 More than 40 per cent of deaths in Northern Ireland from coronavirus are occurring in care homes, according to the latest weekly bulletin.

Figures compiled by the Northern Ireland Statistics and Research Agency (NISRA) indicate there were 10 deaths involving Covid-19 in the week from June 27th to July 3rd, bringing the total in the region to that date to 839.

The deaths which occurred in care homes and hospices involved 80 separate establishments.

Comparatively the total number of deaths reported by the Department of Health to July 3rd was 554.

The department figures report deaths of patients who had tested positive for the virus whereas the NISRA figures are based on information entered on death certificates.

Those aged 75 and over accounted for 80 per cent of Covid-19 related deaths registered up to July 3rd.

Meanwhile, a survey carried out by NISRA found that three quarters of people said they were very worried or somewhat worried about the effect the pandemic was having on their lives.

Just under a third of people (31 per cent) thought it would be more than a year before life returns to normal while a further six per cent said they thought that life would never return to normal.

And a third of people (34 per cent) expected the financial position of their household to get worse in the next 12 months.

An overwhelming majority of those surveyed (94 per cent) supported the lockdown measures put in place by the Government.

The survey involved 925 interviews with members of the public carried out between April 21st and June 22nd.