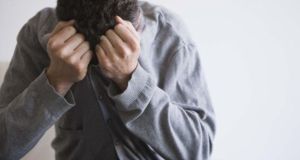 The father of a young man who was committed to psychiatric care against his will last month has appealed for his release. File photograph: Thinkstock

The father of a young man committed to psychiatric care against his will last month has appealed for his release.

Peter (not his real name) says his adult son was committed from his home to a mental institution in the south of Ireland after a sibling contacted gardaí about his behaviour.

Peter contacted The Irish Times this week after reading a report into the running of mental health tribunals, which review decisions to involuntarily detain mental health patients in hospitals.

This showed lawyers, psychiatrists and lay people were paid more than €42 million in six years for tribunals, which are held behind closed doors. It also highlighted concerns among advocacy groups about tribunal oversight. In contrast to family law, where restricted access has been provided for media and researchers, mental health tribunals are not open to outside parties.

Peter says his son insists he has been misdiagnosed, but cannot get out after a tribunal confirmed the decision to detain him in a psychiatric unit.

“He goes from living his own life, bothering no one, doesn’t drink, doesn’t take drugs, does yoga, eats vegetarian foods, won’t drink water from the taps because of the fluoride, and in the space of a few hours he finds himself in a mental institution. “Being a bit eccentric does not give the guards the right to come and take you out of your house and put you into a mental hospital.”

Peter maintains his son was not a danger to himself or others and should therefore have been assessed before being committed by the gardaí.

On arrival in hospital, his son was told he had to go on a regime of medication, but refused. The Mental Health Commission, which establishes tribunals, appointed a solicitor. Peter and his son told the solicitor her services were not required and that Peter would help his son represent himself.

Peter says the commission appointed an independent psychiatrist to examine his son.

“[He] asks him his name and address and three questions, and leaves. The whole interview lasted about five minutes or less, he told me.”

The hearing of the tribunal took place last week with a chairperson/barrister, consultant psychiatrist and lay person in attendance.

Peter says the solicitor also turned up, and remained, in spite of requests by his son for her to leave. He says his son was not given a copy of the medical report prepared by the independent psychiatrist. Appeals to be given it were refused by the chairperson.

“The chairperson had a report from the psychiatrist and was starting to quote from it before ever hearing what the patient had to say.”

The outcome of the tribunal was “a foregone conclusion”, Peter claims. “By the time most patients get to the tribunal, the consultant has them on some drug regime and they are stoned out of their heads. They have only a solicitor who has seen them for about 10 minutes for the duration of their stay in the hospital.

“I believe most people will be horrified when they realise what has been allowed to go on here. This could be one of your relations in one of the most frightening situations of their lives, with no effective legal protection.”

The commission is precluded from commenting on the details of individual tribunals. Peter’s son remains in detention, but he is preparing an appeal to the Circuit Court.

1 Minister for Agriculture Barry Cowen sacked by Taoiseach
2 Gardaí found naked man on a cross being whipped in Dublin club, court told
3 Miriam Lord: Martin blooded as Taoiseach after wielding axe on Cowen
4 Coronavirus: Pub reopenings in danger as NPHET expresses serious concerns at case growth
5 Micheál Martin brings to an end one of the shortest ministries in history of State
Real news has value SUBSCRIBE