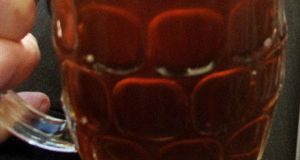 Reaction to the study has sought to downplay interpretations of a direct link between abstinence from alcohol and risk of dementia. Photograph: PA Wire

Both heavy alcohol consumption and abstaining from alcohol entirely are linked to an increased likelihood of developing dementia, a new study has found.

A comprehensive study of 10,308 British civil servants, surveyed every five years since 1985, has found there is no link between moderate alcohol consumption and increased risk of dementia.

Dementia relates to memory loss, and Alzheimer’s disease is one common form of the disease, which occurs in middle or old age, and results in mental deterioration.

The study found there was a link between both long term alcohol abstinence, and heavy alcohol consumption and dementia, but likely for different reasons.

The study, published on Thursday in the BMJ, was carried out by researchers from University College London, and the French National Institute of Health and Medical Research.

The research found that in participants recorded as excessive drinkers, the likelihood of developing dementia continued to increase in line with the number of alcohol units consumed per week.

Damage to nerve tissue was one factor behind this dementia link. The study found risk of dementia was four times higher among participants who had been hospitalised for chronic diseases caused by high alcohol consumption.

When it came to those who did not drink alcohol the researchers found this group were predominately made up of women from lower socioeconomic groups. The study said this demographic had a higher prevalence of cardiometabolic disease, like diabetes, stroke or heart disease.

The higher likelihood of dementia in this group was linked to the increased prevalence of cardiometabolic disease, which was itself associated with a high dementia risk, the study said.

“Overall, no evidence was found that alcohol consumption between 1 unit/week and 14 units/week increases the risk of dementia,” the study concluded.

British health guidelines recommend a limit of 14 units per week, which is equal to six pints of beer. In Ireland the recommended alcohol limit for men is 17 units per week, and 11 units for women.

Reaction to the study has sought to downplay interpretations of a direct link between abstinence from alcohol and risk of dementia.

Prof Clive Ballard, who specialises in age-related disease at University of Exeter Medical School said the study identified “a clear increased risk of dementia” among people drinking more than 14 units of alcohol a week.

The increased likelihood of dementia risk among those who did not drink alcohol had to be “interpreted with caution,” he said. “It may be more likely to reflect differences in other health conditions and differences in cultural backgrounds in people who are abstinent from alcohol,” he said.

Dr Katy Jones, Assistant Professor in applied psychology at the Institute of Mental Health Centre for Dementia, University of Nottingham, echoed the caution around misinterpreting the results.

“People who are in poor health are more likely to quit alcohol, recent evidence suggests alcohol consumption is an indicator rather than a cause of good health,” she said.