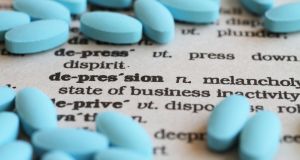 Antidepressants work – some more effectively than others – in treating adults with major depressive disorder, according to authors of new study. Photograph: iStock

Antidepressants work – some more effectively than others – in treating adults with major depressive disorder, according to authors of a groundbreaking study which doctors hope will finally put to rest doubts about the controversial medicine.

“Our study brings together the best available evidence to inform and guide doctors and patients in their treatment decisions,” said research head, Dr Andrea Cipriani, University of Oxford and the Oxford Health Biomedical Research Centre.

Through examining trials involving nearly 120,000 people, including patients taking 21 commonly prescribed antidepressants, the research found all the drugs were more effective than a placebo. The findings are not applicable to people with treatment-resistant depression.

The findings are relevant for adults “experiencing a first or second episode of depression – the typical population seen in general practice”, according to Dr Cipriani.

However, she said: “This does not necessarily mean that antidepressants should always be the first line of treatment. Medication should always be considered alongside other options, such as psychological therapies, where these are available.

“Patients should be aware of the potential benefits from antidepressants and always speak to the doctors about the most suitable treatment for them individually,” said the researcher, who examined tests where some patients had been given antidepressants and others placebos.

New figures released last year by the Health Service Executive (HSE) showed that the number of people on medical cards who were prescribed antidepressants in Ireland increased by 50,000 in the space of five years.

An estimated 350 million people have depression worldwide. The economic burden in the USA alone has been estimated to be more than $210 billion.

The latest study was a meta-analysis including 522 double-blind placebo/real antidepressant tests done between 1979 and 2016 which compared 21 commonly-used antidepressants or placebo.

Prof Helen Stokes-Lampard, chair of the Royal College of GPs, said taking antidepressants was frequently portrayed as a negative thing “but this in itself can add to the unfortunate stigma that sometimes exists around people with mental health conditions”.

The research should reassure patients and doctors, she said. “Depression is a significant mental illness which, if left untreated or unmanaged, can cause a huge amount of distress for a patient, their family and friends. It should never be swept under the carpet or ignored.”

Prof Carmine Pariante, Institute of Psychiatry, Psychology and Neuroscience and spokesperson for the Royal College of Psychiatrists, said the study “finally puts to bed the controversy on antidepressants, clearly showing that these drugs do work in lifting mood and helping most people with depression”.

“Importantly, the paper analyses unpublished data held by pharmaceutical companies, and shows that the funding of studies by these companies does not influence the result, thus confirming that the clinical usefulness of these drugs is not affected by pharma-sponsored spin,” she said.

Prof Pariante said this type of study cannot account for individual differences in response to medication, and “we still need to understand why some antidepressants work better than others, even within classes of drugs that supposedly have the same pharmacological actions”.

She said: “Also, this paper does not help us understand how best to help patients who have treatment-resistant depression and cannot improve on any of the 21 antidepressants tested here. Nevertheless, for the millions of individuals with depression who are taking antidepressants at present, or will need to take antidepressants in the future, it confirms that these drugs are safe and effective.”

David Taylor, Professor of Psychopharmacology, King’s College London pointed out that the most effective antidepressant found is amitriptyline – an antidepressant first found in the 1950s.

“This analysis of a huge number of studies of antidepressants confirms that they are much more effective than placebo - itself a powerful treatment in depression. Differences between antidepressants are smaller, although newer drugs tend to be better tolerated.” –Agencies