British public health agency examined evidence from countries including the US 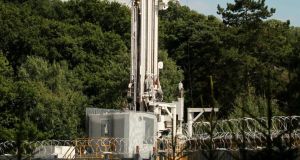 The risks to public health from exposure to emissions from shale gas extraction or fracking are low as long as operations are properly run and regulated, the British government’s health agency said today.

In a review of the potential health impact of fracking, which involves the pumping of water and chemicals into dense shale formations to push out gas and oil, Public Health England (PHE) said any health impacts were likely to be minimal.

Since there is currently no fracking in Britain, the PHE report examined evidence from countries such as the US, most of which it said suggested any risk to health is typically due to operational failure.

“The currently available evidence indicates that the potential risks to public health from exposure to emissions associated with the shale gas extraction process are low if operations are properly run and regulated,” said John Harrison, director of PHE’s centre for radiation, chemical and environmental hazards.

“Good well construction and maintenance is essential to reduce the risks of ground water contamination,” he added.

Activists say the government should instead invest more in renewable energy. Environmental campaigners have staged large anti-fracking protests, arguing that it can pollute water supplies and cause earthquakes.

Greenpeace said earlier this month it would encourage British landowners to join together in legally opposing fracking, a move that could strengthen the opposition to exploration and development of shale oil and gas.

Responding to the PHE’s report, Quentin Fisher, a professor of petroleum geoengineering at the University of Leeds, said it was “yet another study” suggesting contamination of the groundwater due to fracking was unlikely.

“The report provides even more evidence that production of gas from shale can be made very safe,” he added.

Ken Cronin, chief executive of the UK Onshore Operators Group which represents the onshore oil and gas industry, also welcomed the report, saying he hoped its findings would “reassure communities up and down the country that shale gas can be extracted with minimal risk to their wellbeing”.