Landlords of energy-inefficient homes may have to pay heating bills 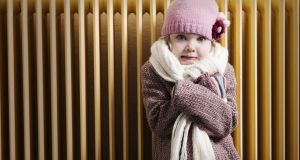 A measure under consideration is a free energy-efficiency upgrade for landlords who participate in the Housing Assistance Payment scheme.

Landlords would be forced to invest in bringing rental properties up to a certain energy-efficiency standard or face having to cut rents on properties that are more expensive to heat under proposals being considered by the Government.

The options are contained in a consultation paper on improving warmth and energy efficiency in Ireland’s growing rental sector that were published on Thursday by Minister for Energy Richard Bruton.

There is no requirement at present for either commercial or residential landlords to achieve a minimum grade under the State’s Building Energy Rating (BER) scheme. More than a fifth of rental properties in the State have the most inefficient ratings, F or G, on the BER scale.

Ireland’s private rental sector is growing, with a total of 341,908 tenancies now registered with the Residential Tenancies Board (RTB).

The paper shows regulations making it mandatory to achieve a minimum BER standard in a property before it is offered for rent are being considered. Under another option out for consultation - called a “cost balancing arrangement” - landlords who are “unable or unwilling” to bring a property up to standard could be forced to compensate tenants for the cost of heating a property.

Stricter rules for commercial buildings, which could be forced to attain an improved BER by a specific date in the future, are also being considered. After that date, new or renewed leases could not be signed off on unless certain standards have been achieved.

The Department of Energy is wary of enforcing overly onerous new regulations on landlords in the context of a rental market that has undergone significant regulatory change in recent years, and is considering a range of grants and tax breaks in addition to the measures. For example, an enhanced grant could be made available to landlords who upgrade their rental property and their own home at the same time.

Other measures under consideration include a free energy-efficiency upgrade for landlords who participate in the Housing Assistance Payment (HAP) scheme for a defined period of time, or forcing a higher BER standard to be achieved when a cert is renewed every 10 years. Landlords could also be made to install a certain level of insulation in a property, or heating controls, rather than a minimum BER standard.

A period of consultation on the measures runs until January 17th next.

“We must include rented properties in our drive to upgrade 500,000 homes to a more energy-efficient standard by 2030, making them warmer and cheaper to run for renters,” Mr Bruton said.

“Improved properties will be welcome for tenants and landlords alike because they will result in improved living conditions, better health outcomes and enhanced asset value. The environmental impact will be significant, with lower energy bills and lower emissions.”

The measures are designed to counteract a problem in Ireland’s rental stock called a “split incentive”. Under this, landlords are not encouraged to invest in measures that will save money on bills they do not pay, and renters have no incentive to invest in a property they do not own.

The department is also considering plans to allow a tenant to initiate works on a property which the landlord “cannot unreasonably refuse”. Similar regulations are in place in England and Wales.

Larger landlords, who own three or more properties, could also be targeted with a requirement to have higher energy-efficiency standards in the properties.