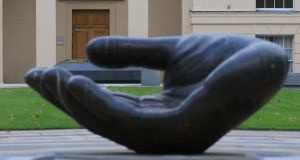 Fifteen special needs schools have alerted the Government in recent weeks to difficulties they are having in meeting soaring insurance costs, which would threaten them with closure if they cannot be paid.

Details emerged last month of a financial crisis at St Theresa’s Special School in Ballinasloe, Co Galway after its insurance bill increased from €3,000 in 2017 to €26,300 this year.

The Department of Education told The Irish Times that 14 other special schools had contacted it directly about the same issue. Seven of the special schools are in Dublin while the others are in counties Carlow, Galway, Limerick, Louth and Westmeath. They reported varying degrees of financial difficulty caused by the spike in premiums.

The department has agreed to forward emergency funding – known as advance capitation – to St Theresa’s in Ballinasloe as well as its sister school, St Oliver’s Special School in Tuam, to prevent them closing in the coming weeks. Both are run by Ability West, a HSE-funded provider of special needs adult and children’s education and training services in Co Galway.

Two other special schools under the same patron – Tígh Nan Dooley Scoil Speisialta in Carraroe and St Joseph’s Special School in Galway city – are among the schools that have alerted the department to their difficulties.

A spokesman for Minster for Education Joe McHugh said the Minister was “concerned about the rising and significant insurance costs in special schools” and has held a number of meetings “particularly in relation to schools threatened with closure”.

“After the issues were raised with him, the department took the exceptional step in the case of two schools and offered an advance of capitation to avoid their closure, to meet some of the costs of insurance and to secure their future in the short to medium term,” he said. “These insurance premium increases appear due, in some instances, to an annual rise in insurance costs generally and, in some cases, an increase in claims against special schools.”

The spokesman said the department’s special education section “is working as a matter of urgency” with the National Association of Boards of Management in Special Education (NABMSE), the Department of Public Expenditure and Reform and the State Claims Agency to find a resolution.

Around 40 special schools were represented at a NABMSE meeting in Athlone last Thursday to discuss the problems posed by soaring insurance premiums. A representative of the department was in attendance.

Breda Corr, general secretary of NABMSE, which represents some 130 special schools, said the meeting “heard of very high figures” on insurance costs which in some case exceeded those cited by the Ballinasloe school.

“Some people are also concerned that they will not get cover at all. Some are more concerned than others,” she said.

“Some feel it might not be them today [facing closure], but it might be them tomorrow. There is a worry that more will follow. So everyone is engaging, no-one wants to worry parents who are already under stress and the students also.”

Ms Corr said NABMSE will work with the department and others over the summer to try and find a resolution to the rising premiums.

“This is top of our list at the moment,” she said.