Computer training to be provided to 1,000 secondary teachers under new initiative

Joint Google and Trinity initiative to provide over 1,000 mini-computers to secondary schools 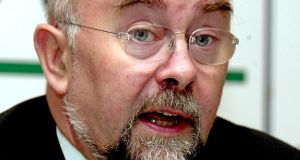 Minister for Education Ruairí Quinn has described a joint project by Google and Trinity initiative to provide computer training to 1,000 secondary teachers and over 1,000 mini-computers to develop students’ computer science and coding skills as a “fantastic initiative”.

A partnership between Google and Trinity College Dublin, which will see 1,000 secondary level teachers trained in computer science and more than 1,000 miniature computers provided to schools, has been welcomed by Minister for Education Ruairí Quinn.

A total of €1.5 million will be made available for educational interventions, including certified training for 1,000 teachers in computer science through the Trinity Access 21 network and the provision of 1,000 Raspberry Pis, a low-cost basic computer that helps users develop coding skills. The project will also see targeted efforts to improve computer science and Stem (science, technology, engineering and mathematics) capacity in Deis schools, while a national coding competition will also be launched.

‘Upskilling’
Speaking yesterday Mr Quinn said that “critically, [the initiative] is focusing on upskilling existing teachers in the classroom” while the provision of Raspberry Pi devices would “demystify. . . he architecture and the engineering of a basic computer”. Mr Quinn acknowledged there was a skills gap in Ireland in relation to information technology with a recent report by Fast-track to IT (FIT) estimating there are more than 4,500 immediate vacancies in the ICT sector in Ireland today, but he said this was a problem for countries worldwide.

“We’re not coming to it too late. We’re ahead of the curve in relation to this compared to other countries. That gap of vacancies would be twice the size in most countries in Europe and it’s a worldwide phenomenon. It’s just that the technology is developing so quickly that the education system has been slow to focus in on it,” Mr Quinn said.