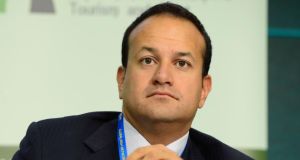 Minister for Tranport Leo Varadkar has said that a garda sergeant should be allowed to testify before the Public Accounts Committee over alleged irregularities in the cancellation of penalty points.

“And it was this Government that decided to refer the internal Garda report on the [penalty points] issue to an Oireachtas committee so that they could hold such hearings.”

A spokesman for Minister for Justice Alan Shatter said it would “not be helpful for the Minister to comment” on whether Sgt McCabe should give evidence.

Minister for Communications Pat Rabbitte said Mr Callinan was accountable to the committee for the spending or loss of money in the force because he was the accounting officer. “If a committee is satisfied that they have a credible witness, then it seems to me they are perfectly entitled to question him so long as he doesn’t reflect on the character of colleagues who are not there to defend themselves.”

Chairman of the committee John McGuinness said he did not mind if Sgt McCabe’s evidence was held in a public or private session. “We are being very cautious about this but we still want to hear what he has to say.”

The commissioner said yesterday while he has the “height of respect” for the work of the committee, he also had to watch his own “back yard”.

When asked at a press conference in Dundalk, Co Louth, if he planned to go to the courts for an injunction aimed at stopping the whistleblower appearing before the PAC next week, he declined to outline any possible actions on his part.

“I have the height of respect for the Public Accounts Committee . . . They do extremely important work for the citizens of this country and I don’t want to do anything to hamper that situation,” he said.

“But I have my own back yard to watch and I intend to be as transparent as I have to be when appearing before these people and providing the type of information that they require.

“I have no difficulty at all as the commissioner and accounting officer of An Garda Síochána in providing that type of information.”