‘Numerous changes to and additions of data’, according to experts who examined stick 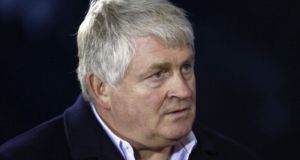 On Mr O’Brien’s application, the judge accepted Red Flag had a duty of confidentiality to their client and refused Mr O’Brien’s request for an order forcing them to disclose their identity. Photograph: Getty Images

Digital material on a USB memory stick, which Denis O’Brien claims contains evidence of a conspiracy against him, was altered after the stick was given by the court to his solicitor for safekeeping, it was claimed in the High Court on Monday.

According to forensic experts who have examined the stick, on several occasions after October 16th – when the High Court ordered it preserved and held by Mr O’Brien’s legal firm, Eames Solicitors – there were “numerous changes to and additions of data” to it.

The disclosure came in the High Court shortly before, separately, Mr Justice Colm Mac Eochaidh refused Mr O’Brien’s request that the creators of the files on the stick, Red Flag Consulting, be forced to divulge the name of the client for whom they were acting.

Mr Collins said he did not know the significance of the changes, but what happened on October 24th was “only consistent with someone trying to wipe the files”.

Stroz Freidberg, the firm of forensic digital analysts who examined the stick on behalf of Red Flag, concluded that the October 24th interference with the stick occurred at 6.31am and again at 7.04am.

“My client takes this very seriously,” said Mr Hayden in reference to Mr O’Brien.Mr Justice MacEochaidh commented that the disclosure was something he would leave to the two sides.

On Mr O’Brien’s application, he accepted Red Flag had a duty of confidentiality to their client and refused Mr O’Brien’s request for an order forcing them to disclose their identity.

In a reference to Mr O’Brien’s own efforts to prevent disclosure of his banking arrangements, Mr Justice MacEochaidh noted: “Mr O’Brien himself knows how important is the duty of confidentiality. He has litigated on this himself.”