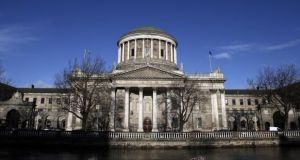 The State has won an important Supreme Court appeal affecting more than 250 people who claim, on humanitarian grounds, their applications for refugee status should be decided here and not transferred to another EU state.

The appeal concerned the Dublin III Regulation setting out criteria to be used by EU member states in determining which state is responsible for considering a protection application.

The appeal centred on article 17 of the regulation, providing an exception to the general rule that applications for asylum be decided by the EU state where asylum was first sought or where the applicant first travelled on a visa. Article 17 provides that a member state which receives an application for refugee status has discretion to consider it, including on humanitarian and family reunification grounds.

The Minister and the State had appealed against a Court of Appeal (COA) decision in proceedings by a Pakistani mother and her three children who originally went to the UK on a visiting visa.

When that expired in late May 2015, they came to Ireland and sought asylum on the basis of alleged brutality of the woman’s husband who was said to be still in the UK.

Their claim was not examined here after the UK Home Office informed the Irish authorities the mother’s fingerprints matched the UK records concerning the family’s visa.

When the family were informed it had been decided their asylum application should be examined in the UK in line with the Dublin III Regulation, they appealed to the Refugee Appeals Tribunal, now IPAT.

They took legal proceedings after the tribunal informed them it had no power under the EU (Dublin System) Regulations 2014 to exercise a discretion in favour of considering their substantive application for refugee status.

They argued a discretionary power had been vested by the State in the tribunal under the relevant statutory instruments in the general asylum decision system and that family rights were at issue.

The State secured a further appeal to the Supreme Court after the COA decided the power to apply discretionary humanitarian consideration not to transfer vested in the refugee assessment bodies and the Minister had no primary or residual power in that regard.

Delivering the Supreme Court judgment, Mr Justice Peter Charleton said the discretion concerning whether to examine an application here or transfer it is vested in the Minister and had not been passed to the refugee assessment bodies by a 2014 statutory instrument giving effect to the Dublin III Regulation.

What has been transferred are “administrative tasks” as to the inquiry into the origin of an applicant for protection and whether they had sought asylum or a visa from another country, he said.

The decision-making bodies may request another country to take back an applicant for the purposes of the Dublin III Regulation and have also had devolved on to them, from the Minister, the function of determining that Ireland should take back an applicant from another country, he said. Where a transfer becomes necessary, “the Minister is responsible”.

The issue of rights was not part of the family’s statement of grounds for judicial review, he also said.

Dublin III is part of European law and the 2014 statutory instrument is an implementation of that, he said.

The system under Dublin III assumed equality of rights being upheld throughout and that transfer enables examination of an application in the transferred country as thoroughly as here “and probably more expeditiously”.