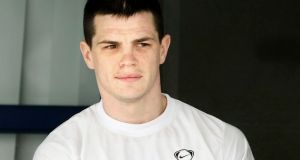 The Supreme Court has dismissed, by a six to one majority, an appeal by a man against his conviction for the murder in Limerick of rugby player Shane Geoghegan in a case of mistaken identity.

Barry Doyle’s appeal raised important issues concerning the right of access to a solicitor, with a majority of the judges agreeing there is no constitutional right to have a solicitor “present” during Garda interviews.

The Chief Justice, Ms Justice Susan Denham, noted the late Mr Justice Adrian Hardiman previously pointed to the need for regulation by the legislature and State concerning the right of access to a solicitor before questioning. She was among the six judges who dismissed Doyle’s appeal but on different bases.

Mr Justice Peter Charleton, whose judgment was endorsed by a majority, held the Constitution should be interpreted as requiring and guaranteeing access to a lawyer but does not require a lawyer be present during interviewing.

A range of safeguards and protections for detained persons now available, including a right of access to legal advice prior to questioning, were not available in the past, Mr Justice Charleton said.

It is not a necessary part of the right to a trial in due course of law under Article 38.1 of the Constitution that a lawyer should be present for the interviewing of a suspect in Garda custody, he held.

The Chief Justice, along with Mr Justice Donal O’Donnell and Ms Justice Mary Laffoy, agreed on that point, but Ms Justice Iseult O’Malley reserved her position on the constitutional right to have a solicitor present at interview to a future, more appropriate case, saying that issue did not truly arise on the facts of this case. She agreed with Mr Justice John MacMenamin that Doyle had failed to show any causative link between his admissions and the alleged breach of a putative constitutional right to have a solicitor present during interview.

Mr Justice MacMenamin held the Constitution, in principle, requires in future a lawyer be present for the interrogation but also found Doyle’s admission of killing Mr Geoghegan would not be excluded.

Doyle (29), of Portland Row, Dublin, was jailed for life in 2012 for the murder of Mr Geoghegan in Limerick on November 9th, 2008. Doyle was brought from Dublin by a Limerick criminal gang to kill a rival criminal but instead shot dead Mr Geoghegan in a case of mistaken identity.

Doyle alleged gardaí­ induced an admission of the murder from him but the Court of Appeal found Doyle knew what he was doing when he made the admission.

Doyle secured a further appeal to the Supreme Court after it decided he had raised three points of law of general public importance.

She held the constitutional right of access to legal advice was met by Doyle’s attending with his solicitor before the interview and by the solicitor’s phone call that interrupted the interview.

The majority also dismissed the second point over being allegedly induced to make the admission of killing.