Patrick Quirke’s appeal of murder conviction to begin on Tuesday 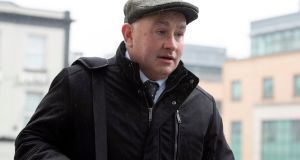 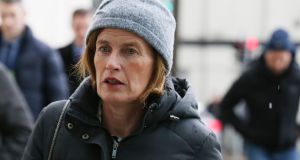 It was the prosecution’s case that Patrick Quirke murdered Bobby Ryan so he could rekindle an affair with Mary Lowry (pictured). File photograph: Collins Courts.

Patrick Quirke’s appeal against his conviction for the murder of part-time DJ Bobby Ryan has involved the preparation of 5,500 pages of transcripts from the trial, the Court of Appeal has heard.

Mr Justice George Birmingham said the court was yet to receive a hard copy of the documents from the Director of Public Prosecutions but that these would probably arrive during the day.

“It’s less than ideal and I can’t say with certainty that it’s still all systems go,” the judge said.

Quirke (50), of Breanshamore, Co Tipperary, denied murdering Mr Ryan (52), a part-time DJ going by the name ‘Mr Moonlight’, who went missing on June 3rd, 2011 after leaving his girlfriend Mary Lowry’s house at about 6.30am.

His body was subsequently found in an underground run-off tank on the farm owned by Ms Lowry and leased by Quirke at Fawnagown in April 2013.

It was the prosecution’s case that Quirke murdered Mr Ryan so he could rekindle an affair with Ms Lowry and that he subsequently “staged” the discovery of Mr Ryan’s body after Ms Lowry tried to terminate his lease at Fawnagowan.

Quirke’s lawyers contended that the prosecution had failed to prove their case beyond mere suspicion. They pointed to “inconsistencies” in Ms Lowry’s evidence, and claimed she was “not a reliable witness”.

A jury at the Central Criminal Court found Quirke guilty of Mr Ryan’s murder by a 10-2 majority verdict after deliberating for almost 21 hours following a trial that lasted 13 weeks. The farmer was given a mandatory life sentence by Ms Justice Eileen Creedon.

Regarding a request for four days to be set aside for Quirke’s appeal, Mr Justice Birmingham said that “having started reading I now have a clear sense why such a lengthy period has been requested”.

The judge said three days had been set aside and a further day could also be made available. Free legal aid has been approved and Quirke’s appeal is to begin on Tuesday.

Michael Bowman SC, for the State, apologised for the delay in providing a hard copy. He added that the transcript ran to “5,500 pages” and that there was also a summary of witness testimony from witness Mary Lowry.

Bernard Condon, counsel for Quirke, said that he would talk to Mr Bowman to see if the appeal could be done inside the three days, adding that they would know better on Tuesday.