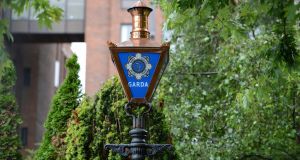 A former garda who left the force after what she believed was an attempt by a motorist to murder her, has been awarded more than €230,000 compensation for personal injury.

A former garda who left the force after what she believed was an attempt by a motorist to murder her, has been awarded more than €230,000 compensation for personal injury.

The award against the Minister for Public Expenditure and Reform was made by Mr Justice Bernard Barton, who accepted that Martha O’Gorman (58) had seen a look of death in her assailant’s eyes.

“I accept what Garda O’Gorman believed at the time when she says ‘I took from the way he looked at me that he intended to kill me,’” Judge Barton said.

Martin Moran, solicitor for Ms O’Gorman, said his client was living and working in Boyle, Co Roscommon at the time of the incident in November 2002 but had since moved to Dublin.

She was on patrol and was called to a shop at Greatmeadow to check out a suspicious vehicle, which a computer check had shown was involved in the theft of petrol from a filling station in Athlone.

The car was also untaxed and the driver, who was later jailed for 12 months, did not have a driving licence with him.

Ms O’Gorman decided to seize the vehicle and the driver agreed to follow her to the garda station. However, he attempted to evade Ms O’Gorman and she had to pursue him at high speed.

Near Hill Street in Boyle the vehicle was reversed at speed towards Ms O’Gorman’s patrol car, which she jumped out for her own safety as she feared it would be rammed.

“The offending car drove away and I had followed only a short distance when I met him coming towards me driving straight at the patrol car. I jumped out again and climbed up on a high bank,” she told the court.

“He drove straight at me and missed knocking me down only by inches. I was alone, back-up had not arrived and I was unable to pursue the car any further.”

Mr Justice Barton was told that Ms O’Gorman was so distressed and upset by the incident that she she was unable to return to work for over a year. Having dreamed as a child of serving in An Garda Síochána, she ended up retiring from the force as a result of the incident.

She had attended a consultant psychiatrist and even after quitting her job she suffered from high levels of anxiety and “obsessional ruminations” over what could have happened to her.

Ms O’Gorman said she had suffered panic attacks, nightmares, fatigue, loss of confidence, loss of short term memory, difficulty in sleeping and bouts of depression. Her mind was constantly on “red alert” and getting through each day was an ordeal.

Mr Justice Barton said he accepted that factors from the 2002 incident had contributed to her early retirement and awarded her €100,000 for loss of earnings, €70,000 general damages and €60,000 for loss of pension and gratuity rights. It was one of the largest sums awarded by the High Court to any member of the force past or present.