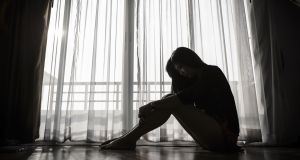 The court heard the child’s court-appointed guardian, as well as her parents, supported the treatment.

A 16-year-old girl with severe depression associated with an eating disorder is to receive up to 12 sessions of electroconvulsive therapy (ECT) in what a court heard will be life-saving treatment for her.

High Court president Mr Justice Peter Kelly ordered the therapy for the girl who, he was told, is a high achiever whose depressive illness has become so severe that she wants to die and attempts to injure herself including by running at walls and kneeing herself in the head.

The judge was satisfied it was a rare case in which ECT was “not only warranted but demanded” because all other medication, support and psychotherapy have not succeeded in improving her condition which is such that she is now “almost mute”.

He was satisfied, in granting the orders sought by the HSE, that the advantages of ECT far outweigh its disadvantages.

He was told its success rates in dealing with severe depression were between 50 and 70 per cent and that side effects appeared to be limited to some memory loss for the patient. It is carried out under anaesthetic but the risks of a reaction to this from the girl were no greater than in most cases, the court heard.

The judge also took into account that the College of Psychiatry in Ireland, and its equivalent in the UK, while aware of some public concern about ECT, had said it was highly effective.

A psychiatrist treating the girl said she first presented with anorexia nervosa with a body weight of just 47kgs , and a body mass index (BMI) of 15. She was eating about 800 calories a day, far below the normal requirement and also exercising, she said, to reduce her weight.

She underwent treatment at a specialist facility here and at a paediatric hospital eventually having to be fed with a tube through her nose.

By this stage she was had developed significant suicidal thoughts and just over a year ago, her parents and the HSE decided to transfer her to a specialist facility in the UK dealing in eating disorders. She agreed to the transfer.

The psychiatrist said while her weight stabilised in the UK under nasal feeding, her depressive state worsened to the point where she said she did not want to live and displayed distress, self loathing and guilt.

When the psychiatrist spoke to her, she responded with nods and only after a long delay.

Episodes of self harm included pulling her hair out, digging her nails into her skin and running at the nearest wall in an attempt to bang her head and kill herself. She had sustained bruising to her head from this and a bald patch has appeared on her head, the psychiatrist said.

The doctor’s view, and that of her treating psychiatrist in the UK, was that ECT was now the only option for her.

It would be carried out in a specialist ECT facility in the UK midlands by a psychiatrist with 25 years experience in this area. ECT treatment for children is rare with this facility using it on only about one child per year.

The doctor asked the court to review the treatment after eight to 10 sessions.

The court heard the child’s court-appointed guardian, as well as her parents, supported the treatment.

Mr Justice Kelly, in making the orders directing the treatment, said the case could come back before him on June 10th.

In the meantime, an application will have to be made to the UK courts to get approval of the Irish court ruling.