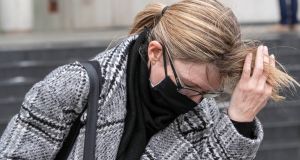 A “vulnerable” IKEA employee who stole €85,000 from the company while being “exploited” by people in her life has received a suspended sentence.

Lorraine Ralston (47) worked as a manager in the customer service area of the store and part of her role was to issue customer refunds. She discovered she could create fictitious customers in the system and issue refunds which she then took for herself.

The prosecuting garda told Judge Martin Nolan that IKEA did not wish to complete a victim impact statement and had asked him to say that they would not like Ralston to receive a custodial sentence.

Ralston, with an address at Lymewood Woods, Northwood, Santry, Dublin pleaded guilty at Dublin Circuit Criminal Court to theft of sums of cash from IKEA furniture store, St Margaret’s Road on dates between October 2011 and October 2012. She has no previous convictions.

Judge Nolan said Ralston had a difficult family background, was under considerable pressure and was preyed on by third parties. He noted she had spent the money on alcohol and drugs and that other parties had participated in what was purchased.

He noted in mitigation that she pleaded guilty, co-operated and made admissions, had a good work history and no prior convictions. He said she was unlikely to re-offend.

Judge Nolan said taking everything into account he did not believe she deserved a prison sentence and imposed a three-year sentence which he suspended in full.

Sergeant Alan Lynch told Garrett McCormack BL, prosecuting, that the thefts were uncovered when a security manager at the store noticed a suspicious transaction. A subsequent internal investigation uncovered 56 transactions between October 2011 and 2012 totalling €85,214.

Gardaí were contacted and in the course of a search of Ralston’s accommodation €3,000 was recovered and has been offset against the amount taken, leaving €82,000 outstanding.

Sgt Lynch told the court that Ralston showed no signs of wealth and agreed with Mr McCormack that she was not “living the high life”. He said she was co-operative with gardaí.

Sgt Lynch agreed with John Fitzgerald SC, defending, that Ralston came in for interview voluntarily, made admissions and had told gardaí where to find the cash in her home.

Mr Fitzgerald outlined Ralston had been living in shared rental accommodation at the time of the offences. Both of her parents were ill in Scotland and her son was unwell in Belfast and she was travelling to take care of all of them. He said she had been in an abusive relationship.

Mr Fitzgerald said a psychiatric report before the court outlined that Ralston had befriended a man and began using alcohol and drugs with him that she was funding. He said what she thought was a friendship became more threatening.

He said the report detailed that she had committed the offences at a vulnerable time in her life when she was open to manipulation.

Sgt Lynch agreed that gardaí believed she was being exploited and that Ralston was seen as a “ticket” for obtaining goods for others. Counsel said her role was “responding to the requirements of others”.

Mr Fitzgerald said Ralston had later gone to Scotland and then to Northern Ireland. Gardaí issued a European Arrest Warrant but she did not oppose it and came voluntarily.

Mr Fitzgerald said Ralston came from a deprived background characterised by alcohol and physical abuse. He said in order to escape she went from “from the frying pan into the fire” and entered an abusive relationship.

He said she had limited formal education and had been “preyed on” by others in this case.

Counsel submitted that Ralston had “lost everything” and did not need to be taught a lesson. He said she acted under prompting and some element of threat at a vulnerable time in her life.