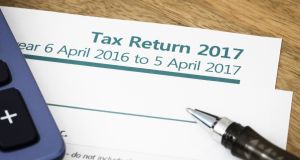 A former tax inspector has been jailed for two years after a judge said ‘the excuses of ignorance or incompetence’ were not available to him considering his previous employment.

A former tax inspector has been jailed for two years after a judge said “the excuses of ignorance or incompetence” were not available to him considering his previous employment.

The court heard that Daly was employed by the Office of Revenue Commissions for approximately eight years as a tax inspector. He then started his own business as a tax consultant and financial advisor and was registered as a tax agent for the purpose of filing returns on behalf of clients.

Judge Melanie Greally said “the excuses of ignorance or incompetence” were not available to Daly considering his experience as a tax inspector. She said he also gave no explanation for his offending and “the court is entitled to infer that his conduct was strategic” and financially motivated.

Judge Greally acknowledged that Daly’s plea of guilty saved a trial in “the context of a complicated and confusing case” and took into account his lack of previous convictions, his professional credentials and “excellent” testimonials handed in on his behalf.

She noted “an absence of co-operation with Revenue” and the fact that there had been “no expression of remorse”.

Judge Greally said there were multiple offences “encompassing a range of misconduct, over a number of years” which represented a “grave breach of trust” due to Daly’s previous role.

“There was dishonesty associated with the commission of the offences,” she added.

The judge noted that Daly was described as “an inspiring father and devoted grandfather” in testimonials from his adult children and as “a trusted and capable financial adviser and friend” from his previous clients.

Inspector of Taxes Bernadette Dorigan told Conor Devally SC, prosecuting, at an earlier sentence hearing that Revenue became interested in Daly after noticing assets associated with him were out of proportion with his returns.

Ms Dorigan said Daly used four different Vat numbers on invoices paid to him for services rendered, one of which was his own and three of which related to other companies. One of the companies was Straight Deals Ltd, which was dissolved in 2000.

A bank account in the name of Straight Deals Ltd, which was controlled by Daly, had more than €1 million lodged in it between 2005 and 2008.

A search warrant was obtained for Daly’s home and his office. Ms Dorigan said a bankruptcy petition was discovered in his office which was dated for the following day.

Ms Dorigan said Daly agreed to a meeting with her on a subsequent date which he later cancelled by text. It was later discovered that he left the jurisdiction and a European arrest warrant was obtained to bring him back from Spain.