People who travel abroad warned they will have no insurance cover

Travelling contrary to official advice will invalidate cover, even if country on ‘green list’ 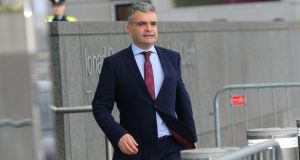 People who travel outside of Ireland have been warned they will invalidate their travel insurance even if the country they visit is on the so-called green list of safe countries due to be published by the Government.

The publication of the green list will not change that advice and an insurance industry group said this meant that anyone who decides to travel overseas will be doing so without cover. This could create complications should a policy holder fall ill or be the victim of a crime while abroad.

While those in possession of a European Health Insurance Card (EHIC) will be able to access medical care in most public hospitals in Europe, they will have to bear the costs of private treatments or repatriation, which can run to tens of thousands, if it is necessary. They will also have no cover for lost bags, criminal damage or cancelled flights while they are overseas.

Insurance Ireland has advised all would be travellers planning on booking a holiday to a green list country “to check with their insurer as to whether they are covered first”.

A spokeswoman for the group pointed out that a green list “does not equate to a relaxation” of the guideline stating non-essential travel is to be avoided.

“Government advice still remains that only essential travel should be undertaken and we await further clarity on any change to this position,” she said.

The Government plans to ease travel restrictions to and from some countries with the publication of the green list of countries with similar coronavirus infection rates to Ireland. Travellers returning from those countries will not have to self-isolate for 14 days.

Minister for Agriculture Dara Calleary said the green list was being created because the State would be living with Covid-19 for some time and that there had to be a structure for business travel and for people coming into Ireland.

Ryanair at the weekend said it was “absolutely not” putting its business interests ahead of public health concerns and that “travel is not the bogeyman” when it comes to the spread of Covid-19.

The airline’s chief executive Eddie Wilson criticised the Government for what he said was its “half baked quarantine” rule and he called for travel restrictions to be lifted for countries across the EU, with the exception of Sweden.

He denied that he was making the call to protect Ryanair and expressed concern for Irish tourism operators who, he told RTÉ’s The Business, were facing bankruptcy unless visitors from overseas were allowed to travel to the country unimpeded by any Covid-19 related restrictions.