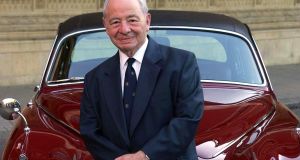 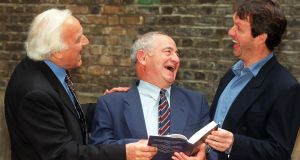 Dexter, a former classics teacher, was suffering through a rainy family holiday in north Wales in the early 1970s when, out of boredom, he began sketching out the plot of a mystery about a young woman killed while hitchhiking. The book, Last Bus to Woodstock, was published in 1975 and introduced readers to an updated version of Sherlock Holmes and Dr Watson.

Det Chief Insp Morse of the Thames Valley Constabulary of Kidlington was a gruff misanthrope with a sensitive soul, in love with the music of Wagner and the poetry of AE Housman, and a fool for almost any attractive young woman chance placed in his way. He was fortunate in his partner, Det Sgt Lewis, a working-class family man with his feet on the ground and the patience of a saint. Morse, a cheapskate, often stuck his assistant with bills for food and drink.

In the dozen novels that followed, Dexter, a fan of cryptic crosswords, planted false clues and red herrings with abandon, presenting Morse, and his readers, with fiendishly difficult puzzles to solve. His sense of mischief extended to the epigraphs at the head of each chapter. The “Cameroonian proverb,” or the pithy definition attributed to the nonexistent “Small’s Enlarged English Dictionary,” were phonies, invented by the author.

“I don’t take all this awfully seriously,” Dexter told Penelope Dening in The Irish Times in 1995. “There are more important things in life than detective stories. For me it is just a bit of fun. I’ve never had to meet a deadline, never had to make a living out of writing a book. I just happened to be lucky.”

Readers and his fellow mystery writers did take the books seriously. In 1989 the Crime Writers’ Association of Britain gave him its Golden Dagger for The Wench Is Dead, in which Morse solved a century-old murder while recuperating in a hospital. Dexter received the award again in 1992 for The Way Through the Woods, and in 1997 he received the organisation’s lifetime achievement award, the Diamond Dagger.

ITV brought the Morse books to television in the series Inspector Morse, with John Thaw as Morse and Kevin Whately as Lewis. It ran from 1987 to 2000 and generated a sequel, Lewis, with Whately in the lead role, and a prequel, Endeavour, with Shaun Evans as Morse at the outset of his career.

Norman Colin Dexter was born on September 29th, 1930, in Stamford, Lincolnshire, where his father, Alfred, ran a small garage and his mother, the former Dorothy Towns, worked in a butcher shop. A bright student, he won a scholarship to Stamford School, a prestigious private institution.

He completed his compulsory military service in the Royal Corps of Signals, where he became a Morse code operator, a false clue for fans of the mysteries: Inspector Morse was named not after the code but after Sir Jeremy Morse, the chairman of Lloyds Bank and, like his friend Dexter, a crossword devotee.

Dexter earned a bachelor’s degree in classics from Christ’s College, Cambridge, in 1953. He embarked on a career as a teacher of classics at Wyggeston Grammar School in Leicester and along the way earned a master’s degree from Cambridge in 1958. Growing deafness forced him to retire in 1966 from Corby Grammar School in Northamptonshire, where he had been senior classics teacher.

For the next two decades he was the senior assistant secretary at the Oxford Delegacy of Local Examinations, which set exams for secondary schools. He retired in 1988 and turned to writing full time.

He is survived by his wife, the former Dorothy Cooper; a son, Jeremy; a daughter, Sally; and two grandsons.

Morse, like Sherlock Holmes, achieved a level of popularity undreamed of by his creator. With the television series, and Thaw’s brilliant interpretation of Morse, Oxford found itself besieged by tourists eager to visit the pubs and hotels that figured in the series. The local tourist board came up with Morse walks to accommodate demand.

“I wanted to make him sweet and cerebral, a whiz kid with an alpha-plus mind,” Dexter told the Chicago Tribune in 1993, adding that although he shared with his detective a love of classical music and English literature, he could not compete in intellect.

Dexter often played Hitchcockian games. He appeared fleetingly on camera in cameo roles in Inspector Morse: Oxford tourist, doctor, prisoner, college porter, bishop, professor, bum. In 1996 he revealed to the Observer that all the characters in his first book had been named after regular competitors in the newspaper’s crossword competitions.

For years, Morse operated without a first name, until Dexter gave him the initial E in The Wench Is Dead and, a few years later, announced that the letter stood for Endeavour, conferred by Morse’s Quaker parents.

Dexter killed off his detective In The Remorseful Day, published in 1999, but pleaded not guilty to the crime.

“He died simply because he’d drunk far too much and his liver was in a pretty terrible state, he smoked far too many cigarettes and his lungs were none too good, and he took virtually no exercise,” he told The Strand, a mystery magazine, in 2005. “I think it was in the cards very early on that he was not going to live long at all.”