Kitty Holland: Now is the time to tackle the lies told about the Savita case

Broadside: Anti-abortion campaigners are being disingenuous when they say Halappanavar’s death had nothing to do with her request to have her pregnancy terminated being ignored 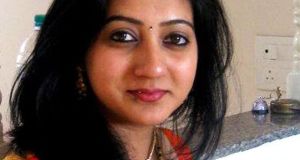 A general election is in the offing and it looks likely, for the first time in my childbearing years, that the right of women and girls to make decisions about their care when experiencing a health-threatening pregnancy will be an issue.

I have been vilified for reporting in this paper on the death in November 2012 of Savita Halappanavar, and for relaying her widower’s and her parents’ belief as to why she had died two weeks earlier. This is an opportune time to set a few things straight.

It is highly likely that we will hear, over the course of the debate on whether the eighth amendment to the Constitution should be repealed, the well-worn rhetoric that Savita’s death had nothing to do with abortion. And so, that argument goes, the Protection of Life During Pregnancy Act 2013 was unnecessary and abortion is never a treatment to protect a woman’s or girl’s life. (The question of whether it could be necessary for their health, mental well-being or capacity to make decisions about their lives would not, if they could keep it so, figure in this discussion.)

Halappanavar (31) died in University Hospital Galway on October 28th, 2012, having been admitted a week earlier, miscarrying. It was her first pregnancy and was much wanted. She was 17 weeks pregnant. The unborn had no chance of survival, and after a day in labour, long before her life was threatened, Halappanavar made her first request for an abortion. This was turned down as there was a foetal heartbeat. A day passed and she asked again. Again her choice was not entertained due to the foetal heartbeat. She began to get ill.

Too many clinicians did not recognise, note or communicate to the correct colleague how gravely her condition was deteriorating. By the time her consultant obstetrician diagnosed chorioamnionitis – a serious infection of the amniotic fluid and the membranes around the fetus – she had a temperature of 39 degrees, a pulse of 150bpm and blood pressure of 30/60. She was finally taken to theatre for an abortion – more than two days after she first asked for one – where she spontaneously delivered a girl, who died. Four days later, at 1.09am on Sunday 28th, her body having been engulfed by sepsis, she died, too.

In the aftermath of the tragedy, there were three inquiries: an inquest in Galway, conducted by Dr Ciaran MacLoughlin, in April 2013; a Health Service Executive investigation chaired by the British obstetrician Sabaratnam Arulkumaran, its report published in June 2013; and an inquiry by the Health Information and Quality Authority (Hiqa), published in October 2013.

Repeatedly since, anti-abortion campaigners have seized selectively on their findings, saying all three “proved” Halappanavar’s death was a result of medical mismanagement and not of her request to have her unviable pregnancy terminated being ignored.

In the context where, as a pregnant woman wanting a termination Halappanavar had no input into her care (the only other groups similarly denied input into their care are minors and the mentally impaired), the added medical mismanagement did indeed lead to her death.

Hiqa highlighted 13 “missed opportunities”, which, had they been identified and acted upon, “may potentially have resulted in a different outcome for her”.

It is worth noting that neither the inquest nor Hiqa had within their remits the right to comment or make recommendations on the Constitution. To infer from their silence on this an endorsement of article 40.3.3 is disingenuous in the extreme.

Unlike any anti-abortion advocate, I was at all eight days of the inquest. In his summing-up to the jury before it retired to consider its verdict, Dr MacLoughlin pushed the boundaries probably as far as any coroner could in alluding to the constitutional confinement on women and doctors.

“The coroner’s court is a creature of statute. It is not for the court to advise the Oireachtas on the law or amendments to the law. The Oireachtas may take cognisance of these proceedings.”

Three months later, the HSE report noted: “International best practice includes expediting delivery [ie termination] in this clinical situation of an inevitable miscarriage at 17 weeks . . . and infection in the uterus because of the risk to the mother.”

Prof Arulkumaran went further, asking just how much injury to a woman as a result of a health- threatening pregnancy Ireland was prepared to accept before an abortion would be acceptable: “If you have infection, by the time it comes to sepsis and severe sepsis, Fallopian tubes might be injured, she might become sub- fertile, she might come later on [with an] ectopic pregnancy . . . I mean, how much are you prepared to take before you start considering termination of pregnancy?”

The Hiqa report, given its remit, did not comment on abortion in Halappanavar’s case. However, the authority’s then chairwoman, Tracey Cooper, approached Irish Times journalists at the press conference in October 2013, thanking them for their “excellent” work on the case.

The three investigations, and those who chaired them, went as far as they could to highlight that had Halappanavar’s choice to terminate her pregnancy been respected, by her doctors and by the Constitution, she would not have died.

More than three years after her death, and as we face into an election where this issue will be debated, there can be no longer be any argument that it was Halappanavar’s decision to make. It remains the woman’s right to choose.

The end of the universe? ‘It’s a fun thing to think about astrophysically speaking’
9