Founder of L’Arche communities for adults with learning disabilities 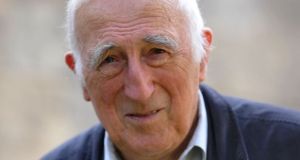 Jean Vanier: ‘I had no plan, I just met people and people with disabilities awoke my heart.’

Jean Vanier, who has died of cancer aged 90, was the founder of L’Arche communities for adults with learning disabilities. He once said: “I had no plan, I just met people and people with disabilities awoke my heart.”

In August 1964, having given up his job teaching philosophy at the University of Toronto, he bought a small, rundown house without plumbing or electricity in the village of Trosly-Breuil, north of Paris, and invited two men with learning disabilities – Raphael Simi and Philippe Seux – to share it with him. Both had been living in an asylum and were without family.

The initiative was prompted by Vanier’s visits to the long-stay hospitals that housed many people with learning disabilities at the time. “Huge concrete walls, 80 men living in dormitories and no work. I was struck by the screams and atmosphere of sadness,” he said.

Believing the men’s overwhelming need was for friendship he thought the small house could provide the support of domestic life, with the three of them shopping, cooking and washing up together.

Today L’Arche has 150 communities, in 38 countries including 12 in the UK, supporting 3,500 people with learning disabilities

Any expansion was far from his thoughts: “I had no idea of starting a movement or establishing communities outside Trosly, even less outside France. At one moment I even said we should stay the size of one carload, so if no one came to help me I could at least continue to travel by bringing everyone in the car.”

Today L’Arche (The Ark) has 150 communities, in 38 countries including 12 in the UK, supporting 3,500 people with learning disabilities, with day services as well as residential homes. Most of the communities are small and residents, such as Carol Bell, often stay for decades.

Vanier wrote 30 books on spirituality and community, including Community and Growth (1979), Becoming Human (1998), Befriending the Stranger (2005) and Life’s Great Questions (2015). In 2015 he was awarded the £1.1 million Templeton prize, for making “an exceptional contribution to affirming life’s spiritual dimension”.

In an event at the House of Lords the same year, Vanier spoke to an audience that included Justin Welby, the archbishop of Canterbury, and Cardinal Vincent Nichols, the Roman Catholic archbishop of Westminster.

He was asked how L’Arche communities had managed to avoid the sort of scandal that had closed Winterbourne View, a private hospital in South Gloucestershire for 26 people with learning disabilities, where six staff were jailed for “cruel, callous and degrading” abuse of patients.

He cited systems of control, good professionals, government evaluations and, above all, avoidance of becoming a closed organisation: “We are not a closed group, people go out into the village and the village comes to us,” he said.

Sheila Hollins, emeritus professor of psychiatry at St George’s University of London, whose son Nigel has a learning disability, believes the “transformative” L’Arche model of small homes has endured because of its emphasis on relationships and continuity.

“Many of the assistants stay for years in the homes and there’s a sense of belonging for all those living there,” she said.

Vanier was born in Geneva, the fourth of five children of Georges Vanier, a Canadian soldier and diplomat, and his wife, Pauline (nee Archer), who were both committed Catholics.

Georges served in both World Wars and then became Canada’s ambassador to France and later governor general of Canada. Jean’s sister, Thérèse, five years his senior, was a consultant at St Thomas’ Hospital, London, and worked in palliative care with Dame Cicely Saunders, and also oversaw the development of L’Arche in the UK in the 1970s.

Vanier’s childhood was spent between Canada, France and Britain. He was a pupil at St John’s Beaumont, a Jesuit prep school, in Old Windsor, Berkshire, before the second World War took the family to Paris, then back to Canada in 1940. In 1942, Vanier told his father he wanted to cross the Atlantic to attend the Royal Naval College in Dartmouth. His father’s agreement, he would later say, brought home to him the power of trust, and encouraged him to follow his intuition throughout his life.

While a cadet at Dartmouth, he visited his parents in France, in 1945, following the liberation of Paris. He accompanied his mother, who was working with the Canadian Red Cross, to the Gare d’Orsay, where he witnessed survivors returning from Buchenwald, Dachau and Ravensbrück, an experience he never forgot.

My adolescent years were taken up in the world of efficiency, controlling and commanding others. I was a technician of destruction

He served with the Royal Navy and then with the Royal Canadian Navy; as a young naval officer of 18, he accompanied the royal family, including the young Princess Elizabeth, on their 1947 voyage on HMS Vanguard to South Africa. But in 1950 he resigned his commission. “My adolescent years were taken up in the world of efficiency, controlling and commanding others. I was a technician of destruction,” he said.

After his navy career he studied at L’Institut Catholique in Paris for a PhD in Aristotelian ethics. This was followed by a brief period teaching philosophy at the University of Toronto, before he left academia to follow a more spiritual path.

In starting L’Arche, he found a sense of belonging: “In the navy there was a feeling of success, and people clapped, but never a feeling of home,” he said. By contrast, the small house in Trosly-Breuil brought “a heartfelt sense of wellbeing”.

“Nobody clapped because a lot of people thought I was crazy. My parents thought I would have done much better if I had kept on teaching at university. So there was a feeling [on the one hand] of people not understanding and on the other of finding my place,” he said.

In 2017, Summer in the Forest, a documentary film on L’Arche communities in Trosly and Bethlehem, was released. Vanier came to Britain and met the Queen for a second time.

Vanier also co-founded the Christian association Faith & Light in 1971. He remained the leader of the Trosly-Breuil community until 1981, and continued living there until a few weeks before his death.