'I was single for a very long time. First by choice, then by habit'

Coping: trailing down a country lane after someone’s wandering horse reminded me of the ways in which relationships can be tedious 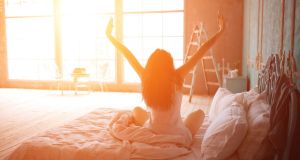 There are several disadvantages to being single

It was when I was shin-deep in some sort of nettle tuft, skidding through haphazard little castles of rabbit droppings and shouting “Horse! Where are you horse?” into the gloaming that the thought crossed my mind. Wouldn’t it be nice – in some ways – to be single again?

If I were single, there’s no way I would have been standing in detritus trying to intuit the location of an equine escapee. I’d experienced searching for a lost horse once before, but that was a piebald pony by the name of Hulk Hogan on a council estate in Limerick in the late 1990s.

This horse was slightly tubbier and less accustomed to the harsh realities of life outside its spongy paddock and warm stable. Hulk Hogan, had he hands, would easily have taken a swift palm to your cheek if you so much as looked funny at him. I’d later discover that this pampered horse is actually a pony by the name of Dizzy – apt given that the little fecker managed to quite literally horse himself over the fence and take off.

He lives in the field behind our house with two large and majestic horses who regularly and elegantly reject my sincere attempts to befriend them, and two co-dependent sheep whom we refer to as Donald and Hillary.

I was single for a very long time. First, by choice and then as a result of habit. There are several disadvantages to being single – having lesser quality of life than most people you know who live in a double-income household, dealing with difficult or stressful times without someone to really share the burden with.

There’s also good old-fashioned loneliness. Friends are wonderful, but they have their own lives and they aren’t always free when you need company. When you wake in the night with an odd pain that spooks you, or the sink breaks and you know you could stem the deluge of water if only there was someone there to hold their hand over the leak while you run to get a wrench. When I did meet someone I really liked who would put up with my nonsense, I was more than ready to leave that life behind.

But trailing down a country lane after someone’s wandering horse reminded me of the ways in which relationships can be tedious. The other person is a mirror for your inadequacies, your laziness, your general shortcomings. Suddenly behaviours no one saw when you were single (like forgetting to put out the recycling and living through a whole week with a to scale milk carton leaning tower of Pisa replica on the kitchen floor) become worthy of shame.

If you’ve chosen a nice person, you quite regularly realise that in many ways, they are a bit better than you are. Their goodness can remind you that you’re a slovenly, self-indulgent eejit

You have to tolerate the unsettling sensation of being awoken in the night by the other person farting in staccato on your back. You have to go looking for a pony who always seemed like a bit of an arse anyway, because your partner is less of a selfish, responsibility-shirking git than you are.

As we walked in the direction we’d been told Dizzy had taken – possibly to some sort of neighbourhood horse reading group or, given his haughty manner, horse bridge club – I watched the person I’d sacrificed being single for flagging down cars.

“Have you seen a pony wandering about?” he said to drivers who stared at him as though he’d clearly invented a ridiculous excuse in order to murder them as they sat behind the wheel. I thought, not for the first time, “this person is much kinder than I am”, and felt incredibly irked by the realisation, as always.

If you’ve chosen a nice person, you quite regularly realise that in many ways, they are a bit better than you are. Their goodness can remind you that you’re a slovenly, self-indulgent eejit. You can resent them for the realisation, or you can find ways to better yourself while mentally logging all of their mistakes to make yourself feel better.

The police found Dizzy. He wouldn’t fit in the squad car so they walked him back. He cantered into the yard like a gang member heading into the clink. I heard my kind partner mutter to himself as he watched – “That horse is a real shit”. Comforted, I made him a cup of tea.