“Boybands. We’re the old chair in the corner no one wants to get rid of”

Kian Egan, The Voice judge and I’m A Celebrity winner talks songs, success and the loss of his father 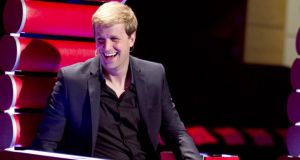 Kian Egan on The Voice 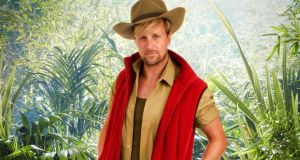 Kian Egan is quite showbiz. “ Hello, darling,” he says. It’s hard to get offended, although I do my best. Egan is at the Helix Theatre in Dublin this morning working with his team in The Voice of Ireland competition, where he is one of the judges. We meet in one of the Helix’s dressing rooms, where three or four of his black garments dangle from lonely hangers.

Egan is a complete charmer. You don’t expect to love him, but you do. This is what happened to the combined Great British and Irish publics last year, when he won I’m A Celebrity, Get Me Out Of Here , and was crowned King of the Jungle.

It was the second time he’d been asked to take part. In the end it was an old friend, Ant McPartlin of the Saturday night duo Ant and Dec, who persuaded him to enter. When pressed on it, Egan has his own theories on his success: “I feel like I’m a team worker. I’m never about me. It’s coming from a big family. And being in a band.”

Winning I’m A Celebrity changed a lot of things for him. “I never expected to come out of the jungle and be offered a recording contract . . . my days have never been fuller. I’m going to all these award ceremonies . . .”

Before his win he was beavering away, building a career as a television presenter. “It was going, but not fast.” He had fronted a new version of Surprise, Surprise . He had done what he calls “A small documentary series for This Morning .”

The win helped him over the tricky bridge between being in the boy band, Westlife, and becoming an individual talent. “The difference is dramatic. It’s the whole family watching these shows – Mam, Dad, as well as the kids. All of a sudden I’m in men’s mags and I’m in women’s mags . . .”

Instead of phoning up looking for places for him to go, these days his publicist is busy fielding offers. It has been wonderful. There comes a time, he says, when “people don’t know what to do with boybands. We’re like the old chair in the corner that no one wants to get rid of.”

And television is the answer to this – at least for him. His life – or his future – is now measured in television programmes. He talks about the actor Robson Green’s Extreme Fishing programme on Chanel 5. Although “I prefer a bit of adventure. You know Ewan McGregor going round the world on a motorbike? Them types of things.”

Today the production team of The Voice is filming promotional material and taking still photographs of the contestants. Egan poses proudly with his team. His stylist is adjusting his cuffs. The air is full of country accents.

“An opportunity like this is much bigger for a country person than it is for city person,” he says. He’s from Sligo. “Sadly Dublin people don’t get behind their own the way that country people do. Look at Shane last year. All the way to the final you’d drive through his area [in Donegal] and there were posters everywhere. It’s a campaign.”

He takes his duties as a judge very seriously and seems to care about the contestants in an unfussy way that is impressive. “They learn. It is very satisfying. It is an amazing experience, I don’t care what anyone says.”

About himself, he is confident but modest. When asked if he envies his fellow judge Bressie his credibility, he says, “Credibility isn’t something I care about.”


The downturn
With one home in Brentwood “just outside the M25” and one in Strandhill in his native Sligo, Egan doesn’t need any coaching on the downturn: “It’s very hard to watch people really struggling in life. I’m a very, very lucky guy. I need to work, but that’s fine. I invested in property like everyone else. I lost a lot of money like everyone else. I still own half-price houses with big mortgages sitting on them. So what do you do in them situations? You just keep going and keep going til you can’t go any further.”

It could have been a lot worse, he says. Unlike his former band mate, Shane Filan – who is currently on tour – he didn’t go into property development. When asked how he thinks Enda Kenny is doing as Taoiseach, he says, “I don’t know, is the real answer.”

Egan seems to be so sensible and well-adjusted that it is almost abnormal. Take the birth of his son Koa, for example. Egan was there for the delivery. “One of the first things I did after my son was born was I rang my mother and said, ‘Thanks for doing that for me. Because that’s insane.’ She just laughed. I’m the fifth of seven.”

Koa’s birth changed everything, of course . “For the first year my wife suffered a bit with post-natal depression. We never got hired help. I was getting up at night so that she wouldn’t have to.”

They didn’t get professional help, he says. “She didn’t require it. She had a little touch of it here and there. I read a few bits and pieces about it on the internet.”


Losing a parent
His wife is the actress Jodi Albert. They met when he was 19 and she, then with a girl band, was 15. He noticed her “straight away”. It was Simon Cowell who introduced them. “He said ‘No, no, no, kiddo. She’s not for you.’ But he was wrong for once. She was for me.”

Egan and Jodi got together when she was older. He has the model of his parents’ happy marriage before him.

“I’m very lucky. I’ve memories of them dancing round the kitchen, and kissing and cuddling . . . ”

His father Kevin , an electrician, died at 64 of a brain tumour. “The hardest thing about losing a parent – apart from losing the parent, obviously – is watching my mum trying to get on with it.”

His mother, Patricia, has attended a few sessions of The Voice . “She’s a lady,” says his PR woman of Mrs Egan later. And her son is a gentleman. With the single from his new album Home released today, and this season of The Voice about to peak, he could be winning for quite a while.

Why the Famine Irish didn’t emigrate to South Africa
8

Science of kissing: why a kiss is not just a kiss
9