Our wedding story: 'our four-year-old insisted on being “flower man” instead of ring-bearer'

Jeanne and Jimmy had the whole family involved in their big day, with home-made cake, crocheted bouquets and a four-year-old 'flower man'

Jeanne McKay (29) and Jimmy Crosse (32) from Ennistymon, Co Clare, have known each other for at least 20 years. “Early on, for both of us, we just felt right together,” said Jeanne.

The couple, who have three children, were married on December 21st, 2014, a rainy and windy winter solstice, at St Brigid’s church in Liscannor, with a pot-luck reception afterwards in the parish hall. No invites were sent out: Jeanne and Jimmy let their loved ones know the time and place of the ceremony. 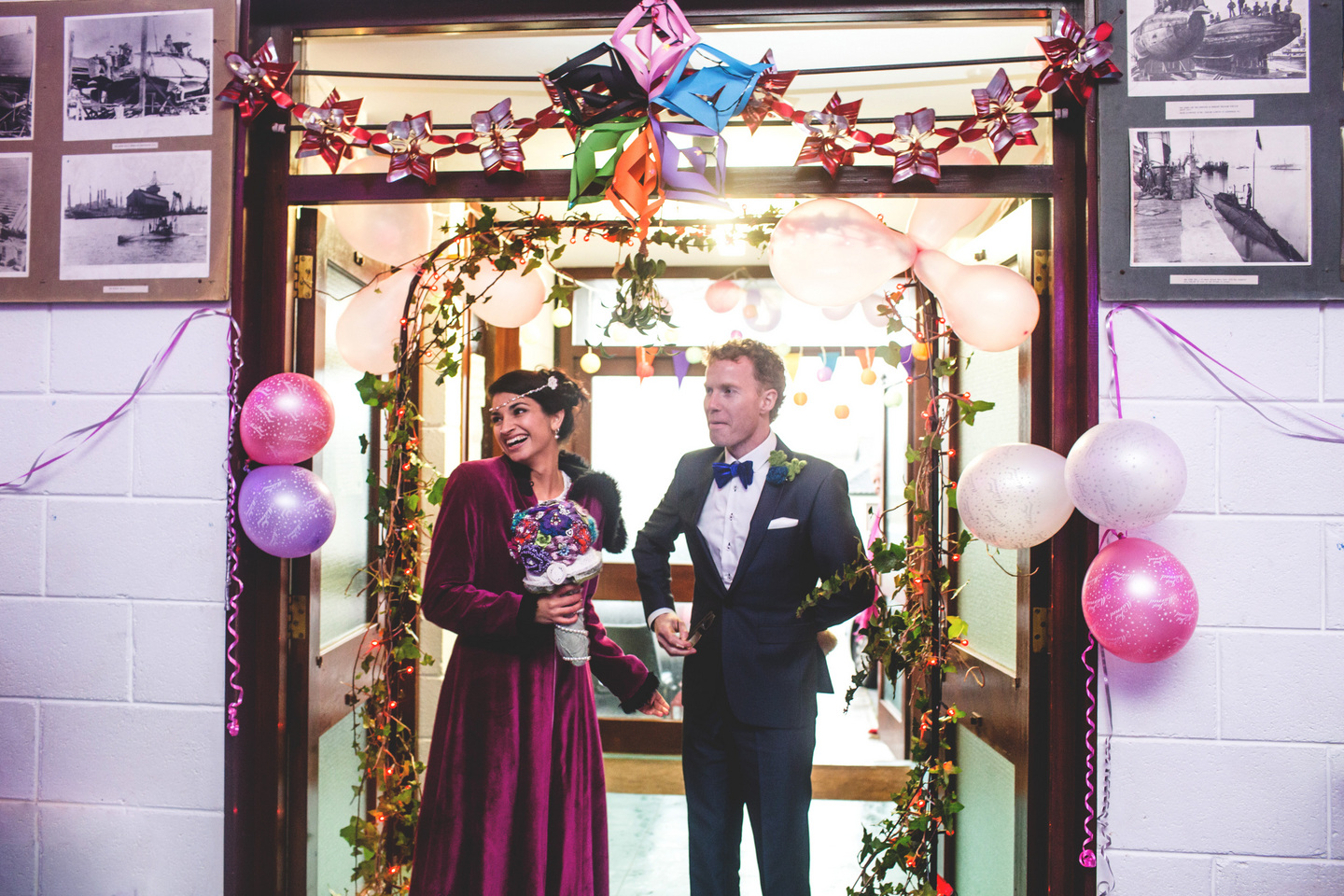 Jeanne kept her dress – from TK Maxx – a secret, while Jimmy’s surprise was the decoration of the hall, which he transformed using the childrens’ drawings as bunting and an ivy arch with mistletoe.

Friends and family came together to form a mightily creative team. The bride’s garter, ring pillow and ivy crowns worn by the children were hand-made; Jeanne’s mother made the (carrot) cake; Jeanne, assisted by friends, crocheted the flowers for the bouquets, bunting and mens’ buttonholes; and her brothers designed the Mass booklets and filmed everything on an iPhone.

Friends of the couple sang, played guitar, whistle and concertina during the ceremony. A musician had cancelled a few days before but Jeanne's best friend's father learned Can You Feel the Love Tonight from The Lion King and played her down the aisle on the flute.

Before heading down the aisle, four-year old Eli decided he wanted to be a “flower man” instead of the ring-bearer, so he swapped the rings for the bridesmaid’s bouquet.The bride’s family surprised the newlyweds with a honeymoon to Galway and a family holiday to Budapest and Austria in the summer. On the summer solstice Jeanne and Jimmy will throw a “happily ever after” party at their home.

Enhance your visibility at work: What holds us back is accepting the role others assign us
Ross O’Carroll-Kelly: Honor isn’t for everyone. She takes after her old man in that regord
Listen | 06:02
Lost touch with pals post-pandemic? Here’s how to rekindle the friendship spark
Seán Moncrieff: My wife showed everyone her new tattoo – everyone except her mother
Add some oomph to your garden with these show-stoppers

The life and death of Red Óg Murphy: ‘We had no reason to believe anything was wrong’
Late Late Toy Show: We’re all in tears when Saoibh is reunited with the friends she made at hospital
David McWilliams: The financial tide is going out ... Keep your togs on
Dublin-based Twitter executive secures injunction to prevent dismissal
DUP minister tried to dilute UK bill to keep gains from NI protocol, letter shows

World Cup 2022: Your complete guide to fixtures, results and standings

Number of deaths feared after landslide on Italian island of Ischia