Maserati masters the art of the diesel SUV 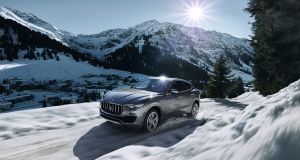 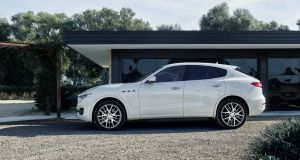 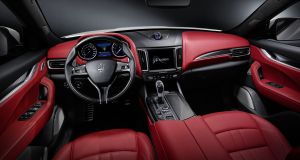 Does Maserati’s first SUV have to be better than everything from Audi, BMW, Jaguar, Mercedes-Benz, Porsche and Range Rover? Or does it just have to be good enough to be credible?

If it’s the latter, Maserati has done more than enough with the very good Levante. If it’s the former, they at least need a flagship petrol engine with more power, if only to remind you that the Levante comes from one of the world’s great sports car brands.

It’s inevitable, given the sort of luxury SUVs people buy here, that Maserati would prioritise developing a turbodiesel V6 for its very first SUV.

What may be a bit inexplicable for people who have loyally stayed with the brand through its ups and downs is that they won’t even have the chance to try the five-metre SUV with a petrol engine.

It’s not for want of access to the right engines, either. Maserati already builds the Levante with the Ferrari-built 257kW and 316kW versions of the 3.0-litre V6 biturbo petrol motors from the Ghibli, but only in left-hand drive.

There’s also the cracking twin-turbocharged V8 that sits inside a very select – and expensive – few Quattroporte bonnets, but Maserati never thought to engineer it for all-wheel drive work. It isn’t even available in the Ghibli, much less the Levante.

So into a world of 700Nm and 800Nm turbodiesel opponents, Maserati will drop the Levante into Australia with 202kW of power and 600Nm. Maserati says it’s not going to join in an SUV power race and that it didn’t build the Levante to be the fastest SUV in the market, but it’s a significant shortfall when so many of its rivals will offer more.

It’s also a little too quiet – they’re working on it – which is odd from a brand that always finds a way to turn technical shortcomings into sheer emotion and charming, heart-rending, feel-good engine notes.

It handles with such aplomb, even on horridly broken pavement, that it’s difficult to imagine which of the aforementioned brands could live with it when the roads turn from power- to handling-dependent.

Its front end is supported by a double-wishbone suspension, while the rear end is a five-link system developed off the Ghibli’s layout. It uses an adaptation of the Ghibli’s Q4 all-wheel drive system. And the thing handles.

It hasn’t followed the trend line towards electro-hydraulic steering, preferring to stick with hydraulic steering, and it pays dividends, especially on the first part of the turn, where the Levante displays a steering delicacy its rivals would struggle to match.

It also deals with shocking road surfaces with disdain, keeping the body admirably flat and delivering almost none of the lateral head toss that plagues some other SUVs.

It’s also incredibly stable when being pushed hard and is willing to change direction at a rate that’s scarcely credible at this weight.

The normal fall-back position is a slight understeering stance that’s easy to correct, and it’s helped by some torque vectoring via the brakes. Its ability to cover ground on winding mountain roads is, frankly, well beyond what’s necessary in the class. You could pull people out of AMGs and M5s, and the Levante’s willingness to be flung from apex to apex would astound even them.

It’s just as comfortable if you dial the driving intensity back. It’s quiet and comfortable when it’s cruising, with little wind noise even at 140km/h and little road noise. The appalling road conditions magnified what little suspension and road noise the cars generated beyond all real-world levels and we expect this to be a non-factor in Australia.

It cruises with a genteel, quiet elasticity to the engine and a calm air in the cabin, helped by the suspension’s success at keeping the body flat and stable whatever the road conditions.

While you shouldn’t expect it to be the fastest or the most economical big diesel SUV out there, it’s quick enough for most jobs, climbing to 100km/h in 6.9 seconds and on to a 230km/h top speed.

Maserati has done an excellent job of keeping the engine both quiet and smooth, and it fires up gently and easily into a near-silent hum. In its default setting the engine is calm and unflustered, and it’s been very well isolated from the cabin.

It runs two different Sports modes, which you get at by pushing the Sport button either once or twice. The second version of Sport tightens everything up. However, the first of them keeps the air suspension and active damping controls in their softer settings but puts only the powertrain into a Sports setting that includes opening the bypass flap to push the exhaust gases through an amplifying chamber.

The trouble with that is Maserati eschews the German ideas of amplifying the engine note via the car’s speakers, but the Levante’s sound insulation is so impressive that not enough of the amplified exhaust note makes it back into cabin, even when you want it to.

It’s especially good on the downshifts, when you use the beautifully crafted aluminium paddles Maserati fixes to the steering column. It’s every bit as good left to its own devices in Sport mode, but the feel of the paddles is addictive and almost sensual.

It is a proper car, with proper comfort and a properly thought-through cabin. It has all the handling hot points of a proper Maserati, but it lacks straight-line speed and Maserati noise.

Some time soon, Maserati needs to give it some more engine, especially for the right-hand drive markets. After all, any number of SUV makers can do calm.