Night falls on Glin Castle in Limerick after 700 years

Glin Castle in Co Limerick, the celebrated home of the late Knight of Glin, has been removed from the market. The historic castle was placed for sale by Sherry FitzGerald in 2015 with a a price tag of €6.5million. Video: Bryan O'Brien 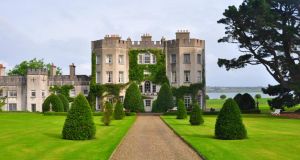 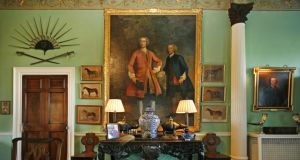 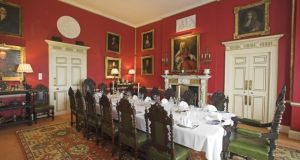 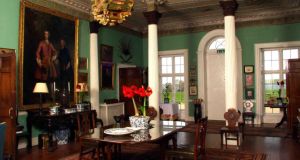 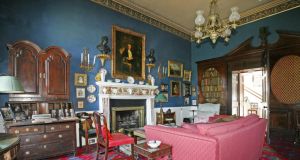 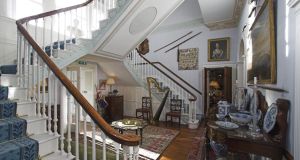 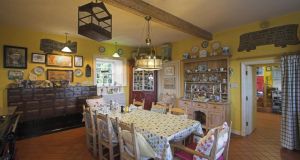 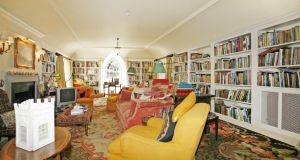 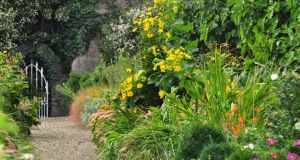 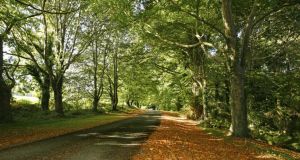 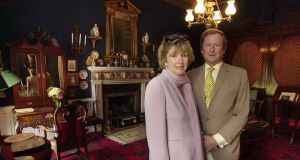 When the last Knight of Glin, Desmond FitzGerald, died four years ago Ireland lost one of its foremost experts on Irish art, antiquities, furniture and historic architecture. A consummate collector and archivist he devoted his lifetime to the preservation and conservation of our built heritage. FitzGerald fought hard to establish a Heritage Trust in Ireland similar to the National Trust in the UK, devoted to the conservation of great houses.

Ultimately neither time nor tide was on his side and those battles have been left to others. But FitzGerald’s west Limerick home, Glin Castle, which has been the ancestral home of the FitzGerald clan for 700 years, was his greatest passion, and where all of his interests – and collections – converged.

A solitary youth meant he immersed himself in his surrounds at the castellated mansion overlooking the Shannon estuary, although he ventured forth on his bicycle around the county to further indulge his passion for heritage and antiquities. As a boy of 12 he sourced the striking fireplace in the library from a local house sale.

Standing in the great hall of Glin, it’s clear little has changed here since these grander rooms were added to the original Longhouse in the 1780s, at an estimated cost of the equivalent of €6,000. It was built for entertaining, and the hall makes an instant statement with its stand of Corinthian columns and an ornate Adams-style ceiling overhead. Featuring symbols of Ireland, including one of the first decorative representations of the shamrock, it has never been restored and its original colours remain remarkably bright. Here also is a depiction of a boar – the FitzGerald crest – bearing the family war cry “Shanid a boo” (Shanid forever).

Off the hall is a magnificent double-flying staircase – the only one of its kind in Ireland – rising to a tall Venetian window that throws light down into this inner hall. A door leading from here is cleverly concealed on the library side within a broken pedimented mahogany book case.

In the drawingroom, above the original Bossi fireplace, is a most an unusual carved and gilt Georgian frame for a portrait of the redoubtable Margaret (Celinda) Blennerhasset, known as the only woman member of the Limerick Hell Fire Club. These unusual details epitomise Glin Castle’s unique charm – it’s a brilliantly preserved snapshot of the Georgian period.

It’s not vast, although at 1,909sq m (20,550sq ft) over three levels, the accommodation is ample. Reception rooms include a drawingroom, diningroom, smoking room, and library, along with nine bedroom suites. An adjoining wing has three further modest reception rooms and five bedrooms.

The main house is replete with historic artefacts, paintings, furniture and china, mostly added by FitzGerald over a lifetime of collecting.

“Dad was always going around with a hammer putting up pictures and moving things around. He absolutely loved it. At heart he was a museum curator and he liked to keep it all perfect,” says daughter Catherine FitzGerald who, with her husband, actor Dominic West (McNulty in breakthrough TV series The Wire), are providing this private tour.

They spend most family holidays here with their five children who love exploring the grounds and the beach nearby at Ballybunion. West has even enjoyed a few hair-raising outings with the local hunt, North Kerry Harriers.

Catherine, a landscape architect currently working on the grounds at Hillsborough Castle, and her two sisters, Nesta and Honor live overseas, and despite a lifetime devoted to keeping Glin Castle going the task has become too onerous for their mother, Olda. Hence the decision to sell the castle on 154 hectares (380 acres) through agent Sherry FitzGerald with an asking price of €6.5million.

For years every effort was made to keep Glin going as a residence, firstly in the 1970s when the family rented the house to rich international contacts the late knight had made during his time working at the Victoria and Albert museum in London. Guests have included Mick Jagger, Marianne Faithfull and Talitha Getty.

In later years Desmond and Olda refurbished the top floor – which had never been set as accommodation – and added bedroom suites to operate the house as a country hotel from 1993 to 2008.

The property retains a bar license, giving it strong potential for a boutique hotel, and outbuildings could be converted to accommodate larger events.

Catherine’s sadness at selling Glin is palpable. The gardens – including a vast walled garden – are her passion. Carefully tended by her mother for years (and Tom Wall, the gardener), Catherine has also loved planting “all the trees and shrubs you can plant”.

Located in the path of the Gulf stream it allowed her indulge a passion inspired by the gardens of Kerry and west Cork. With the first bloom of spring dogstooth violets, magnolia bushes, snakeshead fritillaries and a Chilean firebush vie for attention. “Now the garden is perfect, it just needs to grow,” she says.

In the charming old kitchen of the house – unchanged in decades – Catherine says the family is conscious of the decision to sell given the FitzGerald’s ties with the surrounding lands.

“We would have loved to carry it on, but the practicalities of it are a full-time job. I work in gardens all over, my husband is away a lot in the US, and this isn’t something that can be managed remotely.

“We would love someone who has a feeling for the house’s provenance and history to take it on, and love it as we have.”

Selling agent David Ashmore believes the castle is likely to appeal to a small cohort of wealthy investors with renewed interest in Irish estates because of the weak euro exchange rate.

Access to Glin – an hour from Shannon; two-and-a-half hours from Dublin – is good, and the working dairy farm would provide a running income towards its upkeep.

As for the vast contents of the castle, the family is reserving judgment. It may be the case a buyer will retain the more historic items associated with the property, and after that a decision will be made.

Glin Castle is a living testament to a lifetime’s commitment by its owners – inside and out – to an enduring family legacy.

‘I spent lockdown renovating a little piece of heaven’
6