Have txtrs 4gotn how 2 rite? Not a bit of it

Fears over youthful standards of writing have been around for a very long time, actually 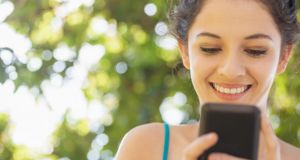 Texters were “vandals who are doing to our language what Genghis Khan did to his neighbours 800 years ago: they are destroying it”. Well, maybe not. Photograph: Getty Images

There’s a song called My KZ, Ur BF by the band Everything Everything, and I love everything about it, not least because it illustrates how text messaging – once dismissed as “penmanship for illiterates” in, sad to say, the Guardian – can be elevated to an art form.

If you have ever been to a party, and if you know that “KZ” and “BF” are abbreviations of keys and boyfriend, then you already have a story from the song title – in just a few characters and spaces – that you can take wherever your imagination chooses to go.

But “KZ” is also short for “kill zone”, and Everything Everything embark on a tour of destruction and chaos, perhaps caused by a terrorist attack, a complex, disturbing tour de force that ends with the compelling line: “It’s like we’re sitting with our parachutes on, but the airport’s gone.”

A few years ago John Humphrys was warning in the Daily Mail, rather less eloquently:

Mary had a mobile, she texted day and night.

But when it came to her exams she’d forgotten how to write.

From this widely held point of view, texters were “vandals who are doing to our language what Genghis Khan did to his neighbours 800 years ago: they are destroying it”.

The arrival of SMS (short message service) provoked an at times extreme reaction and dire warnings that young people would no longer be able to communicate normally but only in textspeak - and then only if they managed to avoid serious thumb injury.

Older people often go on like this, perhaps through jealousy. Ogden Nash wrote 60 years ago:

The pidgin talk the youthful use

I can’t believe the code they use

Is a means of communication.

If they are bothered about any of this, which I doubt, young people can take comfort from the fact that similar fears have been expressed throughout history. Like other children of the 1950s and 60s, I lived with the constant concerns of grown-ups that my favourite TV programmes and pop songs would corrupt my morals, rot my brain and leave me speaking in American slang.

Doubtless 40,000 years ago the Palaeolithic edition of the Mail would have warned how cave paintings were corrupting the young and saying “call that art?”. And doubtless one day today’s young people will be moaning about how standards have fallen since the golden age of the early 21st century when they texted each other in perfect English all the time.

In his book Txtng: The Gr8 Db8, David Crystal demonstrates that all the offences against English of which texters are routinely accused have been commonplace and acceptable in the language for centuries.

English is rich in useful initialisms: AKA, DVD, NB, RIP and many more. Most people are familiar with the tantalising valentine card message SWALK (“sealed with a loving kiss”) – or, in the case of Alan Bennett in the 1960s comedy Beyond the Fringe, BURMA (“be upstairs ready my angel”), which turned out to be inappropriate because the object of his affections, a Miss Prosser, lived in a flat.

In fact only a small proportion of text language conforms to the stereotype. For example, just a handful of initialisms – such as IMHO, “in my humble opinion”, and LOL, “laughing out loud” (or, if you are David Cameron texting the editor of the Sun during a general election campaign, “lots of love”) – have caught on.

One survey showed that as little as 6 per cent of text messages comprised abbreviations. As with email, older users have adopted texting, and traditional orthography, with a few shortcuts, is widespread.

Every minute, the world’s mobile phone users send more than 15 million text messages. There is no evidence that any of them have forgotten how to write.

David Marsh is the editor of the Guardian style guide: @guardianstyle