Dede, Baltimore: This chef’s food is always a joy to eat, but I expected more ...

A focused, no choice menu with some well-priced wines at a west Cork newcomer 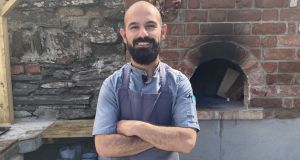 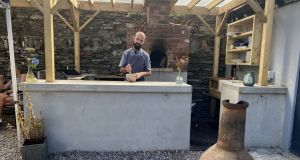 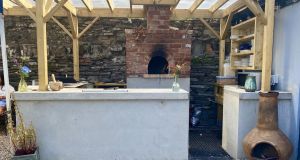 You can take the man out of Turkey, but you can’t take Turkey out of the man. Or can you? My first reaction when I visit Ahmet Dede’s new restaurant, Dede at the Customs House in Baltimore, is that there are more shades of Mews than I had been expecting. Mews, for those who haven’t visited, was the now shuttered Baltimore restaurant where Dede landed a Michelin star in 2018.

In Mews, one of the standouts in 2019 was a tomato dish. Different varieties of tomatoes had been skinned, marinated, and pickled over 10 hours, some of them were pressed so that they were quite firm, and the result was tomatoes that somehow tasted even more of themselves; the flavour and sweetness was intensified. A foamed gazpacho was served on the side. The dish was particularly special because earlier that day, I had visited Cape Clear Island, and met Debbie and Stephen Stone, the retired Canadian couple who grew the tomatoes. The red, green and Thai basil, and the delicate flowers that were scattered over the dish were also grown there.

In Dede, this beautiful dish has evolved and now a whisper of exotic Turkish spice underpins the rounded ripe flavours from just picked tomatoes in the gazpacho “spuma”. I could happily eat a full bowl of it.

So what’s my slight gripe with Dede? It’s a question of spice, I expected a bit more. I had salivated over Dede’s daily updates on Instagram on his trip to Turkey where he spent two and a half months in the bazaars, food stalls, restaurants and private kitchens of Istanbul and Ankara, before returning to Ireland in February with three Turkish chefs, ready to assault our palates with tastes of the exotic in his new premises across the wall from Muse, which is owned and run by Maria Archer.

It was due to open on March 16th. We all know what happened next, and his plans for a fine dining restaurant with a tasting menu were put on hold. He was quick to adapt, and soon the profits from his newly developed takeaway business were used to build an outdoor barbecue area. Post lockdown, when the restaurant opened, Dede went with a no-choice, three course dinner menu (€50).

Dede has embedded himself in this corner of west Cork, he considers it to be his home, and he is surrounded by some of the country’s top producers. As well as fruit, vegetables, and honey from Cape Clear Island, he has local suppliers for meat, fish and poultry, and even before we’ve had our starter, we find that one of the dips for our sourdough baguette is made from Sally Barnes’ smoked albacore tuna and mackerel, the other is made from Turkish-style preserved lemons and red peppers.

As we’re having fish for main course, I opt for a white wine. It’s a fairly short wine list – wine on tap offers value at €27, but one wine jumps off the page. It’s Sandhi Chardonnay (€55) made by possibly the world’s most famous sommelier, Raj Parr, and winemaker Sashi Moorman. I visited this vineyard on the hills of Santa Barbara three years ago, and considering it costs about €30 in an off licence, it’s a bit of a steal.

The fish course is robust, with big flavours. Hake, topped with a mix of green seaweeds, has been steamed and served in an intense lobster sauce, which has a touch of spice. On the side is a small bowl of potatoes, which has the consistency of pomme purée, but instead of being loaded with butter, it is enriched with oil from the head of the fish. This is incredibly light, and crunchy bits of hake roe bottarga add to the texture.

The dessert is a take on Turkish lemonade. Citrus ice-cream and a delicate wafer sit on top of marinated strawberries, and lemon and strawberry juice is poured over. It is a deliciously zesty and palate cleansing end to our meal.

The menu changes weekly, and while mine reflected the Michelin starred dishes of Mews, which, don’t get me wrong are beautiful, on other weeks the Turkish influence has had more prominence.

Dede is in no hurry to chase another Michelin star, yet this food is at a very high level. He is a talented chef, and it is exciting to see his food evolve. No matter what part of the world his food reflects, it is always a joy to eat.

Dinner for two with one bottle of wine was €155.