Make mine a martini: vermouth makes a comeback

Vermouth is a key ingredient in cocktails, and you can cook with it too 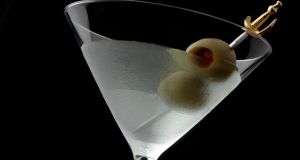 While some vermouths are good on their own, or with a splash of bitters and/or citrus juice, they come into their own in cocktails.

My experience with vermouth was fairly limited until recently. I knew Dubonnet from my time as a barman and remember the old Dubonnet ads (Je du bon, Dubonnez vous?).

When I worked in Mitchell & Son, they did a brisk trade in Cinzano, Martini, Noilly Prat (always considered slightly more sophisticated) and Lillet, which I tried, enjoyed and promptly forgot about.

I had this vague feeling that all of these drinks were merely a way of using up inferior wine that wouldn’t sell as real wine. The fact that most wine production in Sicily and southern Italy was used this way only confirmed my suspicions.

And yet, from time to time I bought a bottle of Noilly, partly to cook with – it is excellent in sauces for fish – but also to enjoy the odd glass with ice. However, it tends to lose freshness and flavour after a few weeks, so I sometimes ended up throwing the bottle out.

I also enjoyed the occasional dry martini. More recently, I have tried vermouth in cocktails, where it is a key ingredient in many of the best recipes.

Vermouth was originally invented in the Piemonte/Savoie region of northern Italy and south eastern France, then part of the same kingdom. They also happen to make wine, and have lots of Alpine herbs available. Most of the best-known brands originate from Turin, Genoa and Venice in Italy, or Marseilles, Lyons and Chambéry in France, although Lillet (officially a quinquina and not a vermouth as it contains quinine) comes from Bordeaux.

The Cocchi below is an Americano, another sub category of vermouth, nothing to do with America, but the Italian word for bitter. These contain gentian or wormwood. All can be classified as vermouths – the word comes from vermut, for the German for wormwood.

Historically, many herbs and spices were added to wines and spirits for medicinal purposes or to aid digestion. Vermouth is made from wine that has been fortified lightly with a neutral grape brandy that has been infused with botanicals to add flavour and colour.

In most cases it is sweetened, often by the addition of caramel. The list of potential botanicals is very long, and gives the distinctive flavour to each brand.

Antonio Benedetto Carpano is credited with the invention of modern vermouth. He presented customers in his bar in Turin with a new drink made from wine and his own secret blend of herbs and spices.

There are red, white and even rosé vermouths. Most producers make both red and white. Italian vermouths tend to be sweeter than French. These two countries are the most important manufacturers and have the longest history, although many wine-producers, including Gallo in California and others in Spain and elsewhere, have their own brands.

While some vermouths are good on their own, or with a splash of bitters and/or citrus juice, they come into their own in cocktails. Dry vermouth tends to be used in gin or vodka-based cocktails, and sweet ones mixed with whiskey, although a negroni is made with gin and red vermouth.

Mixologist Robert Caldwell gave me a tasting of the many vermouths he stocks in Peruke & Periwig on Dawson Street in Dublin. They varied hugely in flavour, bitterness and sweetness.

Their most popular vermouth-based cocktails are Unicorn Tears (their take on a Boulevardier, made with sweet vermouth), and the Grapes of Wrath, their version of a Vesper Martini, the cocktail James Bond orders in Casino Royale, originally made using Kina Lillet, nowadays Lillet Blanc.

Caldwell’s own go-to vermouth cocktail is a very dirty Martini, made with 50mls Oxley gin, 20mls of Noilly Prat and piles of olives.