From Dingle to the Aran Islands, Ireland offers a range of amazing alternatives to celebrating New Year's Eve at home 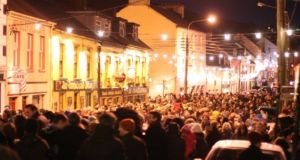 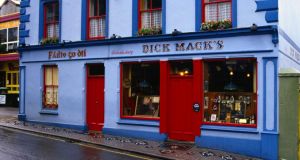 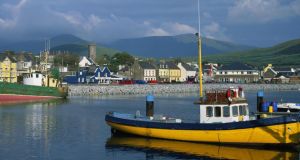 Dingle: Ring in the New Year at the edge of the world

They know how to throw a party in Kerry. From Killorglin’s Puck Fair to the Rose of Tralee, you can be guaranteed some serious divilment in the Kingdom.

NYE is celebrated in spectacular fashion, starting early in the evening, when it’s standing room only in the town’s pubs.

At 10pm the entire town takes to the streets and heads down the hill to the harbour. There’s an impressive fireworks display from the pier (this can be seen from around the town, even if you don’t make it to the water’s edge).

Then it’s back inside for a hot whiskey to warm your bones (they make a great drop in the local Dingle Distillery) before heading outside again to follow the Dingle Fife and Drum Band on its procession around the town. This culminates just before midnight, when thousands gather on the Main Street to ring in the new year.

STAY: A 20-minute drive west of Dingle brings you to the beautiful Drumquin, where you can rent a gorgeous four-bedroom cottage (which sleeps 12) overlooking the Blasket islands.