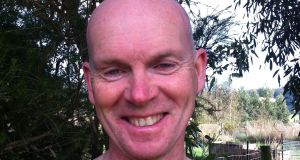 Philip Lynch works in a psychiatric unit at a hospital in Hobart, Tasmania.

The mental hospital in Melbourne where I began my training was brutally confronting. Most of the patients would remain there for the rest of their lives. The hospital even had its own mortuary. After the comfortable cocoon of my seminary days in Ireland, I felt as if I’d stumbled into a dystopian world.

On my initial placement, a dementia ward, I nearly quit on my first day. I remember my head spinning as I headed back to the nurses’ quarters at the end of my shift, and I wondered about my choice of career.

I couldn’t get the image of the rows of those shrunken and emaciated old women lying staring and uncomprehending in their identical wooden cots, (dubbed coffins by the staff) and each with naso-gastric tubes through which we poured high-protein fluids and crushed tablets at regular intervals to ameliorate their symptoms and to prolong their final few years.

I remember thinking grimly that at least no one was suggesting that their wretched and pitiful existence was down to the will of God.

For some reason, those unfortunate women tended to hang on longer than the men. It was as if they had more will to live. I guess the human instinct to go on rarely diminishes with the passage of time. Needless to say visits by relatives were a rare occurrence.

And of course, in Melbourne, there were no crucifixes hanging on the walls of the wards – only those ubiquitous framed portraits of a serene youthful Queen Elizabeth with her tiara and blue sash, which were incongruous enough in their own way.

In the late evenings, especially during the warmer months, possums scurried around in the ceiling and the peacocks wandering around on the hospital grounds used to make a fierce racket. It was as if they were also indignant about what was unfolding inside on the ward.

I’d travelled across the globe to begin again, so I was determined to get through the placement. Six weeks later I moved on to another ward, and the rest of the course more or less passed without incident.

Deinstitutionalisation in the late 1980s ushered in the end of such asylums in Australia.

These days I work in a psychiatric unit at a hospital in Hobart. There are hardly ever any empty beds.

In Tasmania, and indeed across the country, people living with mental illness are generally marginalised and disadvantaged. But as many critics rightly argue, there are few votes in mental health, and the situation is unlikely to improve any time soon.

There are plenty of jobs in mental health and most categories of nursing here. Australia’s ageing population means the nursing shortage is expected to become even more acute.

A career in nursing is not a popular choice among many school-leavers. Perhaps this is because the health system in Australia is woefully underfunded and stretched – and the burn-out rate among nurses is high.

Horror stories of patients spending a very long time waiting in crowded emergency departments are also common in Australia. Anyone intending to work as a nurse here would still be welcomed with open arms.

In this scary Brexit Trump era, however, there is already an ugly, unapologetic shift to the right in the political rhetoric. The articulation of intolerance and the scapegoating of minorities are rapidly gaining traction in Australian society.

But for all that, Australia has much to offer would-be migrants. Don’t be put off by the distance.

You will need to register your interest with the governing body, the Australian Health Practitioner Regulatory Agency (AHPRA). It covers all the states and territories of Australia.

Eligible nurses can obtain a practising certificate that is valid for a year. You cannot work without AHPRA registration.

Recently a solitary peacock, possibly an escapee from the local animal rescue sanctuary, has taken up residence somewhere on our block. It announces its presence at odd times of the day and night, with its unmistakable tell-tale shrieking. It’s an eerie reminder of my early, uncertain, homesick days in Melbourne.

Back then I wasn’t sure if I’d made the right decision to emigrate and I had serious misgivings about nursing.

Back then, I could so easily have given up and gone back. But, despite the occasional tough times, I’ve grown to enjoy the journey. It’s worthwhile work and it’s not over yet.

Philip Lynch is a regular contributor to Irish Times Abroad.