After three years in Australia, Mark Maxwell shares his tips for settling overseas 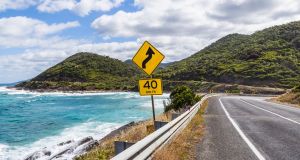 ‘Recognise that you’re here to build a life and you’re not just on holidays. The onus is on you to go out and make it happen.’

Having spent three of the past six years living in Australia, I feel fairly qualified to write about the experience of living and settling abroad. It is an experience I would strongly recommend, though there are a few things people never tell you about it. Some are positives, some negatives, but all are worth keeping in mind before you take the leap.

First things first. When you arrive in a new country, for the first six to 12 months, your phone will not ring. Your doorbell will not ring. And your weekends will likely be very free indeed. You’ll realise pretty quickly that you’ve arrived into a new country that’s already in full swing without you, and they won’t even notice you’re here. Nobody stops to welcome you, and nobody realises you might want someone to hang out with. This can be humbling, depressing or motivating, depending on the person and their mood, but will inevitably be lonely. A lot of people move back ahead of schedule probably made the decision within the first six months.

The key to dealing with this challenge is to recognise that you’re here to build a life and you’re not just on holidays. The onus is on you to go out and make it happen. This includes finding the people and activities that are going to make up this grand new life of yours. A big tip here is to join a sports club immediately, preferably one with a big team culture like rugby or rowing. I couldn’t play any competitive sport, so I just went out a lot, lined up a lot of games of golf, and said yes to everything I was invited to, even if I wasn’t in the mood. If you’re not an athlete or an extrovert, you can still join clubs; Meetup.com is a great website for helping you to meet like-minded people.

So if you do all the above and it works well and you have a good bunch of mates after six months, you’ll feel you’re in a pretty good place. One thing you may be aware of, however, is that while these people might like you, they probably won’t love you, which is what you’re used to at home. What’s more, you’ll need them more than they’ll need you.

For example: Say you have five close friends where you are living abroad, and one of them moves away. That’s 20 per cent of your support team here gone. But if you were to move away, it wouldn’t make much difference to those five friends. Sure, they would be sad, but they’d still have everyone who existed in their worlds up until six months ago, so they’d be a lot better off than you would be. It’s a bit depressing, I know, but people living abroad do feel it and it’s something that nobody warns you about. You’ll be dispensable for about the first year, until your new relationships start growing deeper roots, and people eventually forget you were ever the newbie.

You will learn a huge amount, about old friendships, new friendships, what your friends were like to you, and what you are like as a friend to others. You will find some people mean less to you than you thought they did, and some people will mean more. It’s a confusing stage and I am guessing it gets repeated four times in about 10 years: when you leave school, when you leave university, when you get married, and, above all, when you start working. Out with the old and in with the new.

This is something I feel strongly about. Being Irish in Sydney, it’s very easy to fit into an Irish ghetto (in Coogee for example) and only hang out with other Irish people. This is very common in Australia, but we do it everywhere. As Tommy Tiernan said, the Irish don’t visit places, they infest them.

I know Irish people are the best craic and the cream of humanity’s crop, and humble to boot, but I hate the idea of people travelling 17,000km away just to look for Dublin in the sun. Go out and make friends with some Aussies; they’re as fun as they are politically incorrect, and it’s very rare to find an Aussie who doesn’t have a good heart. I’m sure the same can be said of every host nation.

Wherever you decide to go and live, mix with the locals, learn the language, the history, the cultures. The experience will be much less shallow, more memorable, and more lasting.

4. There are two approaches to life abroad

When you move abroad, you have a choice between two approaches to take towards your foreign life:

A) You can get off the plane and say “this is going to be a fun couple of years. I’m putting my real life on hold and I’m going to get all the craziness and partying out of my system before I go back home and grow up.”

B) You recognise the game is already on and you are living real life. You make the decision not to allow your life here to be one dimensional (very easy to work too much or drink too much) and you’re going to continue your growth here.

Clearly I’m taking an angle and I prefer option B. I understand why people opt for A, but life has taught me that generally, when people try to go and “get something out of their system” over a fixed time, that habit or that vice never leaves their system at all. Take what approach you will, but do be aware that - consciously or otherwise - you’ll go down one of these paths.

Young expats beware. It’s very easy to miss home and your friends and the craic and all the things you’re used to doing there when you’re living in a foreign country. Remember though, you’re more than likely missing a time and not a place. I missed Ireland like mad when I moved away because I pictured all my friends having great nights out and new girlfriends and all the fun stuff of the college days. But little did I know that it wasn’t distance standing between me and those experiences, it was time. Time moves on. While those guys are still in Dublin, they hardly ever see each other because they’re working or have girlfriends or are saving money or whatever it may be.

Unfortunately, we all have to grow up eventually. In a way it sucks, but in a way it’s great because of all the new doors it opens up. I look back and laugh when I think of the stuff we did . But I much prefer looking forward, and smiling when I think of the things we’re yet to do.

Mark Maxwell works for Google Sydney. He writes a blog aimed at students and young professionals, drawing on his experiences of living abroad and the and lessons learned following a cardiac arrest at the age of 18. markmaxwellaus.wordpress.com.