Opinion: Now is the time to introduce rigorous and transparent supervision of our public service broadcasters 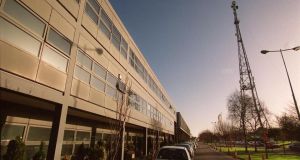 The television centre at RTÉ in Donnybrook: the broadcaster’s director general, Noel Curran, said recently he would be “happy to see the balance of commercial and public funding alter”. Photograph: Alan Betson

Minister for Communications Pat Rabbitte has been reported as saying that almost everybody has been on to him looking for a share of the proposed universal broadcasting charge.

This is understandable. Times are hard, and almost everybody can argue that they are in the business of providing public service content, which of course is what the new charge is supposed to be for.

However, although newspapers here do provide news to the public, National Newspapers of Ireland is not looking for a share of the new charge. And frankly, we don’t think that anyone else in the private sector should be looking for it either.

Let’s be clear – any new universal charge should be for our State broadcaster (RTÉ and TG4). All that revenue should be ring-fenced for the exclusive purpose of public service broadcasting, with none of it going to radio broadcasters, commercial TV stations, or for that matter newspapers.

However, before handing over the public’s hard-earned cash, the Government needs to take a hard look at how the State broadcaster will use it. This money, like the current licence fee, is State aid, and RTÉ is not free to spend it at will. Several long-standing competition issues need to be addressed as far as the funding of RTÉ is concerned. And the current review by the Broadcasting Authority of Ireland (BAI) is an unmissable opportunity to do just that.


Awash with advertising
As a result of these muddy waters,

the broadcaster has taken every opportunity to push the envelope of commercialism. Look at its website, rte.ie , for example. This is supposed to be the website of our public service broadcaster focusing on its public service remit. But the site is awash with advertising: cars, jobs, holidays, property, dating services, you name it.

The problem with this is that private commercial players, including newspapers, are also trying to compete for the car adverts, job commercials, holiday adverts and so on. They are competing with RTÉ, especially in the digital sphere, for a slice of the advertising market.

This is not a fair fight. The private players have one hand tied behind their backs. Montrose’s exploitation of commercial opportunities has to be seen in the context of its privileged position as a publicly funded broadcaster. It receives what amounts to State aid to pay for content. And while it is entitled to use this content freely on its website, it is also being used to unfairly win advertising revenue in the commercial marketplace.

Newspaper publishers do not and should not receive public funding to create their content; they must pay for it from commercial revenues or private sector funding, whether it is to be printed in newspapers or published online. They follow the rules of the private market.

If a newspaper launches a website it has to make it pay, or else shut it down. RTÉ does not operate under the same conditions; it does not have to turn a profit on its website. This effectively gives it the power to undercut its commercial rivals; to land-grab in the digital space. It has also led to staggering losses at Montrose in recent years.

What are the solutions? At the very least, newspapers need to be reassured that the cost of providing news is fully factored into the prices RTÉ charges for advertising. But we should go further. The broadcaster’s director general, Noel Curran, said recently that he would be “happy to see the balance of commercial and public funding alter” and a reduction in the level of Montrose’s commercial activity is something we would welcome. A good start would be to drop the advertising, all of it, from the website.

But more needs to be done. This review is an opportunity to define the permissible limits of RTÉ’s public service and commercial remits. We need to go beyond the mantra that Montrose is dual-funded, to ensuring that the dual-funding regime does not unfairly affect competitors in the digital space.

exists. Now is the time to introduce rigorous and transparent supervision of our public service broadcasters, with the BAI and the Minister demonstrating their commitment to regulation and to ensuring a level playing field. The EU state aid rules require nothing less.

Tellingly, in suggesting that he would be willing to countenance a reduction in Montrose’s commercial activity, Curran also stated that the broadcaster “needs security”.

We agree. And here’s where the new broadcasting charge comes in.

Having defined what exactly is required and expected of Montrose concerning the public service remit and fairly exploiting its commercial remit, Rabbitte must ensure that all revenue from the new broadcasting charge is put towards those activities. This would mean RTÉ will no longer have any reason to unfairly exploit commercial activities, especially in the digital sphere, within our domestic market. It would place the funding of our State broadcaster on a secure, steady, sustainable basis.

Moreover, it would ensure a level playing field in Ireland’s advertising market – at long last.


Frank Cullen is co-ordinating director of National Newspapers of Ireland