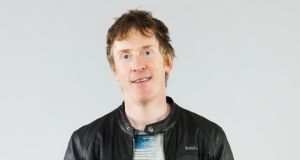 Hector Ó hEochagáin has never been noted for wry understatement, but this week he displayed a quiet, if unintended, irony when he joked that he was quitting radio to manage Tottenham Hotspur.

The English soccer club had been without a manager after André Villas-Boas departed, according to the club, “by mutual consent”, a euphemism everyone understood to mean he was sacked.

The announcement on Tuesday that Ó hEochagáin was leaving his role as host of Breakfast With Hector (2FM, weekdays) was accompanied by talk of new opportunities in TV and backed, off air, by expressions of gratitude from the station’s new head, Dan Healy. But anyone who heard the pitch of Ó hEochagáin’s voice and the tenor of his language would have found it hard to believe his exit was the result of a joint agreement.

“Well, that was an eventful
24 hours,” he said, adding in an uncharacteristically muted tone that “my journey on early-morning radio has come to an end” but “there will be no sadness today”. Adopting a more stirring timbre, he finished his opening spiel by invoking one of his catchphrases: “As commander of the dawn, this morning I say ‘morning’ to my soldiers of the dawn.” It was intended as a call to arms but was more like an awkward leave-taking: people who depart high-profile broadcasting jobs of their own volition don’t generally sign off in such bolshie fashion.

But Ó hEochagáin’s valedictory broadside also contained clues about why his show was wrapping up when he referred to his listeners in “the highways, the byways and the parishes”. The exaggerated ruralism of his broadcast persona made him a distinctive presence, particularly combined with his self-consciously offbeat take on Irish life. Even on Wednesday the presenter was urging his audience to nominate their “DIY-er of the year”.

This gleeful lack of urban airs was a double-edged sword: ratings showed that his appeal was lost on listeners in Dublin. And so Ó hEochagáin, the terminally overexcited puppy dog of Irish broadcasting, is gone from our radios. And much as the spectacle of a hyperactive but unwanted canine cub being driven out to the woods can melt even the hardest of hearts, so Ó hEochagáin’s voluble but wounded swansong proved unexpectedly gripping.

If his current schedule is anything to go by, there is no prospect of Niall Boylan (4FM, weekdays) disappearing from the airwaves any time soon, much as listeners of an easily offended disposition may wish otherwise. The effortlessly provocative host of the multicity station’s late-night phone-in show, Boylan also helms the afternoon slot left vacant by David Harvey, who had returned to 4FM in August only to depart again last month. So Boylan is now on air for six hours a day, a work rate that makes Miriam O’Callaghan and Ryan Tubridy seem like media-shy recluses.

Although Boylan this week observed that nocturnal audiences were very different from daytime ones, he didn’t noticeably alter his style for his afternoon show. He does not pitch himself as an honest broker, disinterestedly canvassing public opinion to get a balanced picture of any issue. From his promotional sting (“Blood boiling? Call Boylan!”) to his talent for cajoling contentious quotes from his callers, the prime aim is to cause as much kerfuffle as possible.

Finally, there’s his choice of topics, such as the old reliable on Monday: “We’re talking, of course, about racism.” Of course. Examining a report by the Immigrant Council of Ireland about increased racist incidents, Boylan sounded an indignant note. He did not think that Ireland was a racist country and opined that the quangos behind such reports were oversensitive: he complained about hearing “the head of Racism Ireland” – a nonexistent body – “or some other clown waffling on the radio”. By way of proving our tolerance, he heard from white Irish callers whose enthusiasm for immigrants was tepid at best, more exercised by the prospect of people “playing the race card” than by the existence of racist abuse.

There was another striking aspect to the discussion, however. Boylan hosted just as many callers from an immigrant background, to the extent that an outraged listener texted in to brand the station “Nigeria FM”. “I do consider that to be racist,” Boylan noted. Their testimony varied. Some spoke of never having experienced prejudice; others said they had to suppress their rage at being racially taunted regularly, albeit by a small minority. But far more immigrant voices were on the show than is the norm on other, more scrupulously pitched phone-in shows. He may have loudly proclaimed that multiculturalism has never worked anywhere, but Boylan’s languid belligerence clearly had an egalitarian pull.

For all his wilful excrement stirring, Boylan seems primarily interested in entertaining listeners, and most likely himself, too, given the many hours he spends on air. On Tuesday, during a throwaway but enjoyable discussion about the risks of intervening in fights, one female caller declared that if her boyfriend didn’t try to step into such a brawl, she’d consider him a coward. Boylan responded with disarming honesty rather than any bravado. “I’d rather be a coward than scarred for life,” he said. Like any self-respecting shock jock, Boylan knows how to pick his fights carefully.

Moment of the Week: Seasonal inspiration
On Tuesday, Ryan Tubridy (2FM, weekdays) spoke with Stephanie Meehan, the Priory Hall resident whose partner, Fiachra Daly, took his life this year. It yielded a memorably bitter-sweet interview. She was gracious when asked for her opinion of the developer Tom McFeely, saying she didn’t think it appropriate, as “his children have to listen to what people are saying”. She said her son had asked Santa to “say hello to his dad, and not to forget about his mammy”. As a seasonal message it was heartbreaking but strangely inspiring.